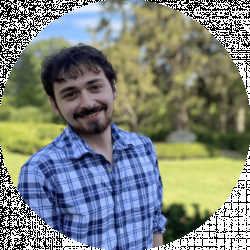 Alexander Osani
Alexander has been collecting and building with LEGO for as long as he can remember. Being able to combine his love of bricks with his passion for writing makes him a great fit for the Brick Set Go team. Alexander’s personal favorite LEGO themes include Lord of the Rings, Pirates of the Caribbean, and Star Wars.

If you aren’t familiar with the hit video game franchise by Guerrilla Games, the Horizon series is set in a world where humans and mechanical beings are forced to coexist.

This premise leads to our central story where the protagonist, a young woman named Aloy, ventures out into the harsh apocalyptic world of Horizon and encounters these dangerous creatures.

Between the beautiful, overgrown landscapes and the dangerous but elegant machines, it’s no surprise that it all makes a perfect translation into LEGO bricks.

I ordered my set from Target and upon arrival, the box has some notable damage. Obviously, this is a flaw with shipping and has nothing to do with the product itself, but definitely something to point out.

If you’re a hardcore collector that likes to display your LEGO boxes, maybe going to pick this up at the store would be a better idea.

The box design is mostly black, keeping in theme with the recent adult branding by the company. This is to make it clear that this build is less about play and more about display.

The LEGO logo sits proudly in the bottom left while the bottom right reads Horizon II: Forbidden West. While the Tallneck can be found in both games, the set is marketed under the sequel, being the newest game in the series.

The back of the box shows us the back of the set (which makes sense) as well as some measurements. The Tallneck itself is 13.5 inches tall and the base is a solid 8.5 inches wide.

One of my favorite parts about this set is how compact it is, not taking up too much space length-wise. The back of the box also includes some images.

We see an alerted Watcher, art right out of the game, and Aloy plugging into the top of the Tallneck. Instead of needing to grab a pair of scissors, the box uses pushable flaps to open. As convenient as this is, it may upset certain collectors that like to keep the quality of the box in good condition.

Upon opening our box we are met with an array of goodies. We have a quality instruction manual, a sticker sheet, 8 bags of bricks, a loose green plate, and a loose chord piece.

The instruction manual quickly became one of my favorite parts of the set, as it contains images directly from the game in addition to comparisons with the LEGO counterparts. It also includes a section about the inspiration for the set from Isaac Snyder, the designer.

The very first step? Put together our protagonist: Aloy.

Aloy is easily one of the best LEGO minifigures of the year so far. Not only does she have a specialized hair piece, but she also includes side arm printing and foot printing, which is very rare for minifigures to include.

Fans of the Horizon series will know that the ring shape attached to the hair piece represents the focus technology being used, and the Focus itself is printed onto the side of Aloy’s head.

For those unfamiliar, Aloy discovers a small device as a little girl that allows her to scan technology and study machine activity. This is the Focus, and its inclusion in LEGO form is really neat.

The hair piece is unique to Aloy, and some may not like the soft plastic approach. Soft plastic gives off a rubber-like texture and is sometimes used on hair pieces that require intricate detailing. I don’t mind it, as visually it appears to be made of the same material as standard LEGO bricks anyway.

My Aloy’s hair piece, unfortunately, came with a prominent mold line across the front, which is a distracting production error.

Aloy has two expressions on each side of her face, a common inclusion for LEGO minifigures, but worth noting. Her first freckled face sports a confident smirk while the other wears a more curious expression with some teeth shown.

I think one of the two could have been swapped out for an angrier or determined face; something a little more fitting for combating machines.

Aloy’s accessories include her bow and her iconic spear. The spear is a bulky build for a minifigure weapon, but I appreciate the extra effort to include details such as the feather instead of just using a generic LEGO spear piece.

While not a minifigure, we do have another character included in this set: a Watcher! A Watcher is a type of machine that patrols certain areas and proves to be quite a nuisance for Aloy on her journey.

The build for the Watcher is really cool, using white ingot pieces to mimic the shaping of his head and a clip connection to allow vertical movement for his neck. I would have liked to have seen more posing options for the head, as up and down is all the little guy will be doing.

This is an understandable design choice though, as implementing horizontal movement would complicate an already tiny and compact build.

My favorite part of the Watcher build is the inclusion of different color studs to swap out for the eye.

In Horizon, a Watcher’s eye switches colors frequently to indicate their patrol status. Blue is neutral, yellow is alert, and red is when trouble is detected. As someone who’s played Horizon, you do not want to see a Watcher with a red eye.

Luckily, a red-eyed Watcher in LEGO form is quite cute, and not as threatening as the ones found in the video game.

The first thing Horizon Forbidden West: Tallneck has you do is construct the base. This is done mostly using the SNOT (studs not on top) building method, allowing for a wide and thin foundation.

Building the rest of the base was fun and rewarding, as it was satisfying to see the terrain come together as it did. Highlights include an overgrown traffic light and a birch tree, which uses white and black technic pieces.

This gives the tree the extra detail to look like the real thing, and this technic approach to a birch tree can also be found in LEGO’s 10270 Bookshop.

The base also includes four technic pins which will be used to hold our Tallneck in place. And speaking of our titular machine, let’s put him together next!

The Tallneck certainly lives up to its name: it is a very tall build clocking in at 13.5 inches tall, as mentioned earlier.

I was worried the build process would become repetitive and tedious, especially when dealing with four similar legs, but this was not the case at all. The front and back legs are different enough builds to not get boring and the design choices keep things interesting.

I’m a big fan of the Nexo Knights shield piece being used on the shins, giving the machine some nice detailing. Another creative part usage I liked was the snowboard piece to represent the tail-like extensions on the back of the Tallneck.

The disc head is another highlight, utilizing the SNOT technique again as we saw with the base.

My only complaint with the head is that it uses 8 stickers, which in my opinion could have been brought down to half that. As fellow LEGO builders know, stickers are always a stressful part of building as one wrong placement can ruin the look of the entire set.

Especially for a set with such a focus on display, it would have been nice to decrease the number of stickers included.

My favorite part of the Tallneck build has to do with the antennae protruding from its neck and the bar piece on the back of the head.

Horizon fans will recognize this as the method Aloy uses to climb the creature, leaping and swinging from each antenna in an effort to reach the top. I love the use of the Lord of the Rings Uruk-Hai sword piece here, as they give off a perfectly jagged shape needed to mimic the look from the game.

The only flaw of this design is that Aloy can’t really hold onto or stand on these pieces unless you have impeccable balancing skills. I don’t find this to be too much of an issue though, as the set continues to prioritize display over play.

Finally, I decided to test some things out, purely out of curiosity. I tried bending the legs of the Tallneck while attached to the base to see if there was room for more posing. Unfortunately, once the Tallneck is clipped on, the legs remain locked and the head is the only thing that can move.

Like the Watcher, it only can be tilted up and down and I wish there was some more variety in how the machines can be posed.

The other thing I was curious about was how secure the Tallneck’s connection is to the base. To test this, I picked up the set, flipped it upside down, and….

The Tallneck slid off and smashed into the floor. Don’t believe me? Here’s the unfortunate proof.

In retrospect, it was a very stupid thing to try but with four legs clipped in, I wanted to test it out. I wouldn’t call this a design flaw, as there’s no real reason why anyone would try and flip the set upside down. I just thought it was a noteworthy inclusion for the review.

The good news is I was able to put everything back together in about fifteen minutes and I still enjoyed the build a second time, even if I was a little frustrated with myself.

Now that we’ve gone through the build process and thoroughly taken a look at everything included, is it worth the $79.99 price point? In my opinion, absolutely.

The Aloy minifigure is incredibly detailed, the Tallneck build is impressive, and the display would look great on any shelf. I love seeing new licensed themes from LEGO, especially when it comes to video games, and this set raises the bar. So how about some official Legend of Zelda sets next?

Poor poseability for the machines

If you’re not a fan of Horizon but want to see what else LEGO has to offer in terms of video games, here are some other products that could be right for you! 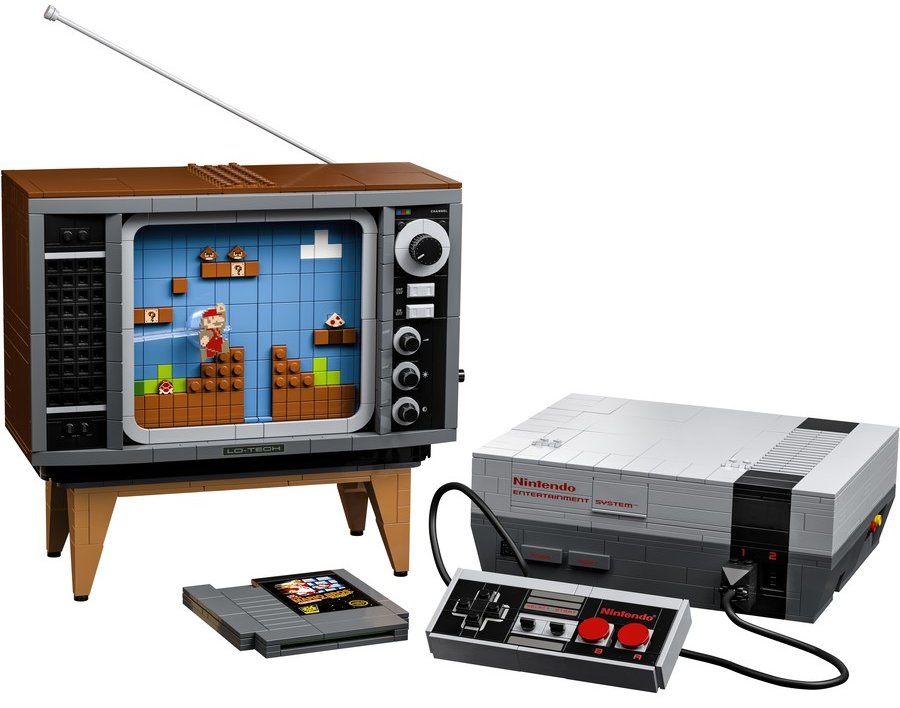 Question: What systems can I play the Horizon video games on?

Answer: Both games in the Horizon series can only be accessed on PlayStation 4 and PlayStation 5. Horizon Zero: Dawn, the first game, can also be played on PC.

Question: Are There any Other LEGO sets Based on the Horizon Series?

Answer: At the time of this article, there are no other sets inspired by the Horizon series.

Question: Where can Horizon Forbidden West: Tallneck be purchased?

Answer: The LEGO store, Target, Best Buy, and Amazon all sell this product.