Disney and Lucasfilm produced multiple live-action and animated series based in the Star Wars universe. The Bad Batch is one of the most recent TV shows set in the early days of the Empire. Sadly, the best LEGO Bad Batch set is also the only LEGO set inspired by this animated series.

In this article, I will take a closer look at the newly established Bad Batch subtheme and provide you with more information about the first, and so far, the only LEGO set published within this subtheme. Please read our Trouble on Tatooine LEGO review to learn more about this Star Wars set.

The Bad Batch Attack Shuttle 75314 was released on August 1, 2021, just two weeks before the final episode of the show’s first season premiered. This LEGO set has 969 pieces, and it features unique Minifigures of five Bad Batch characters.

What is Star Wars: Bad Batch?

In order to understand the events depicted in the first season of the Bad Batch series, you need to be familiar with the Star Wars: Clone Wars TV show that covers the period between Attack of the Clones and Revenge of the Sith movies.

The Bad Batch series is set in the period after the Clone Wars, and it follows the adventures of the Clone Force 99 that made its first appearance in the Clone Wars series. Squad members have unique abilities that set them apart from other Stormtroopers.

They complete mercenary missions throughout the first season, as they’re no longer loyal to the Empire. The second season of The Bad Batch animated series should premiere during 2022, but the exact premiere date isn’t yet published.

Our guide to the best LEGO Stormtrooper sets can help you discover models inspired by different variants of Stormtroopers. 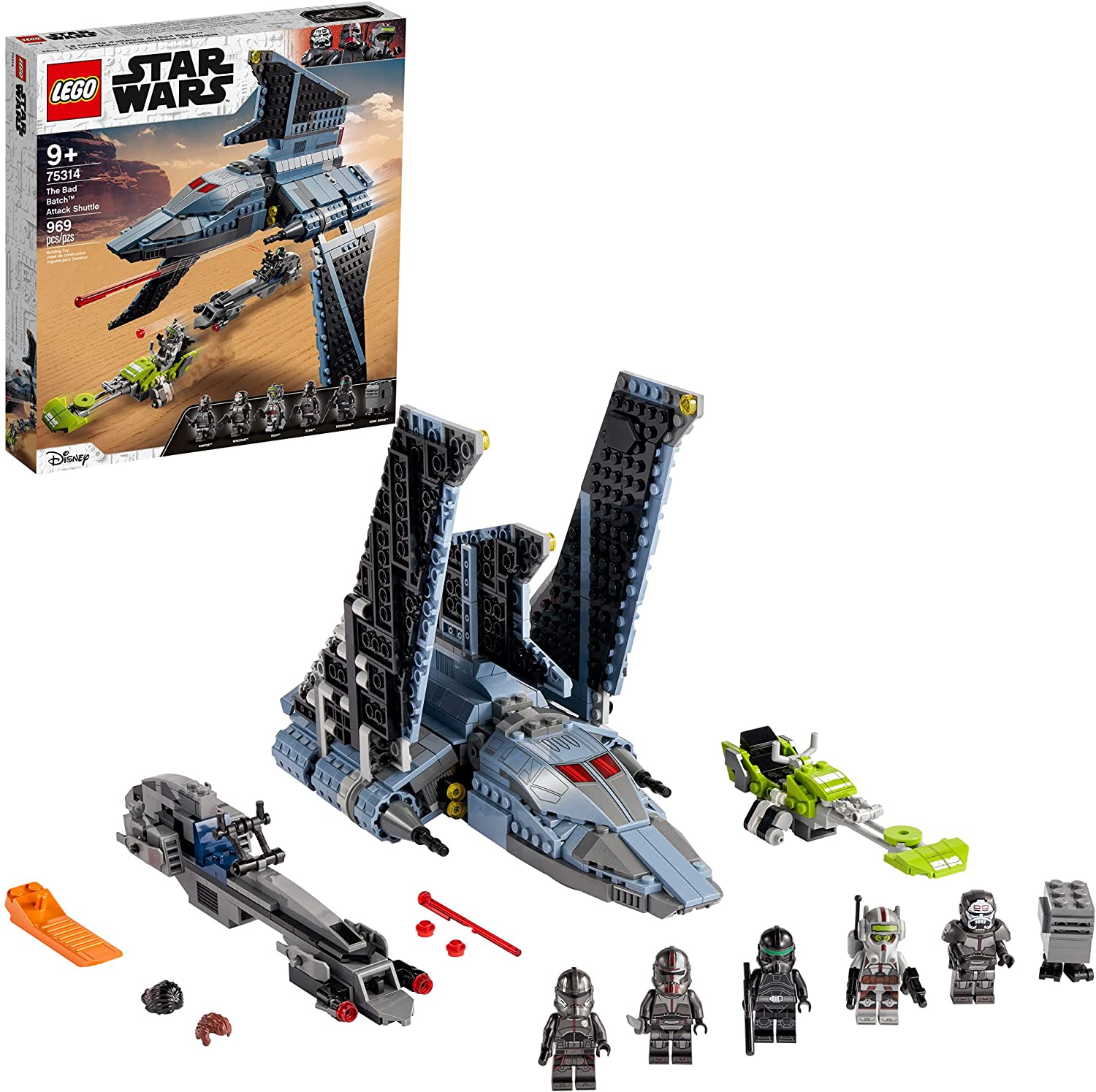 The Star Wars theme had more than twenty subthemes in the last few decades. Most of these subthemes were introduced to promote the latest movie or series in the Star Wars franchise.

For instance, Solo: A Star Wars Story subtheme inspired by the movie of the same name contains seven sets and one battle back released in 2018. LEGO hasn’t published a new set within this subtheme since then.

However, it’s currently unclear if this theme is going to be short-lived or when new sets inspired by this animated series are going to be released. Please browse through our guide to the best LEGO Yoda sets for more information about sets featuring this Star Wars character.

LEGO fans are curious about what new sets from this subtheme will look like. According to rumors, The Cad Bane’s Ship set inspired by The Bad Batch series should arrive during the summer of 2022, but LEGO still hasn’t confirmed this information.

Other suggestions for potential sets include the Omega’s Room and Cid’s Parlor, which would introduce one of the central characters of the series’ first season. Omega’s Room is the section of the squad’s shuttle that was excluded from the toy featured in the Bad Batch Attack Shuttle 75314 set.

Cid’s Parlor is the squad’s home throughout the show’s first season, and creating this set would allow LEGO designers to introduce Omega and Cid characters to this subtheme. However, whether or not any of these ideas will become LEGO sets remains to be seen.

Check out our guide to the best LEGO Lightsaber sets if you’re searching for models that contain these weapons. 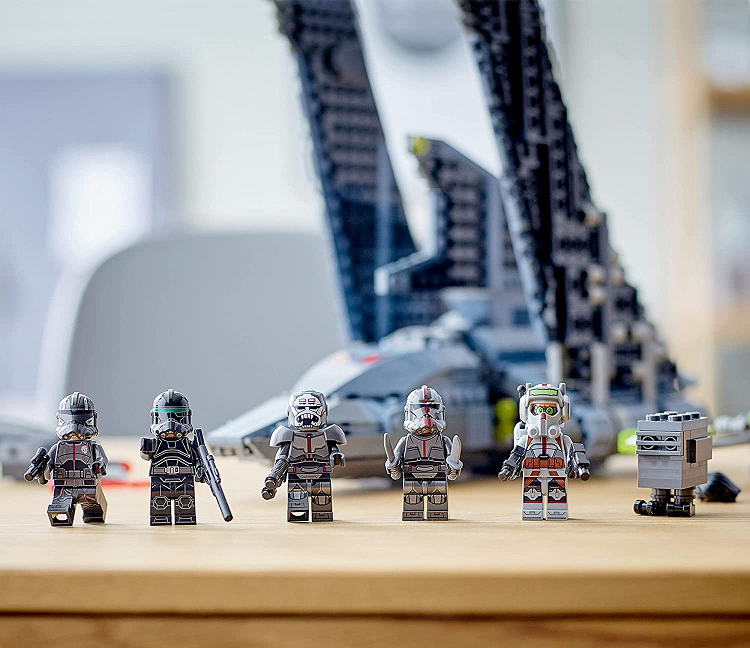 The Bad Batch Attack Shuttle 75314 is the only LEGO Star Wars set featuring Minifigures based on characters from this animated series. This model introduces the following Minifigures.

The set also includes the Gonky figure. Each Minifigure has a removable helmet and different suits printed on its torso, legs, and arms. They’re armed with knives, blasters, and rifles, while their color varies from black to light gray.

Please browse through our guide to the best LEGO Star Wars Minifigures to explore some of the most valuable LEGO Minifigures inspired by Star Wars characters.

The first set LEGO set published within the Bad Batch subtheme has 969 pieces, and it is designed for children aged nine or older. It contains the model of the Marauder, an Omicron-class attack shuttle the squad is using for transportation in the series.

The shuttle is ten inches long, seven inches tall, and five inches wide. Its wings are adjustable and can be placed in horizontal or vertical positions.

Lifting the dorsal fin element reveals the shuttle’s cockpit and cabin segments that can accommodate four Minifigures. The cargo room is also accessible, and you can use it to store weapons and other accessories included in the set.

Two spring-loaded stud shooters are located in the spaceship’s fuselage, but this toy’s segment doesn’t include landing gear. Instead, its wings double as the landing equipment.

This set comes with two speeder toys that feature a steering wheel and a seat for a single Minifigure. One speeder model is equipped with a pair of stud shooters, while the other has a clip for the blaster.

Besides the weapons for each character, the Bad Batch Attack Shuttle 75314 doesn’t offer other accessories children can use in play scenarios they develop.

Our guide to the best LEGO Marvel sets can help you discover some of the most popular sets in this LEGO theme.

On the conceptual level, the LEGO Bad Batch sets aren’t different from other Star Wars sets that feature a spaceship.

Models from The Mandalorian or The Clone Wars subthemes contain characters from these live-action and animated series and vessels the characters featured in a specific set use for transportation.

Models from these two subthemes have similar elements to those you can find in the LEGO Bad Batch set. Here are some of the most popular sets from The Mandalorian and The Clone Wars themes. 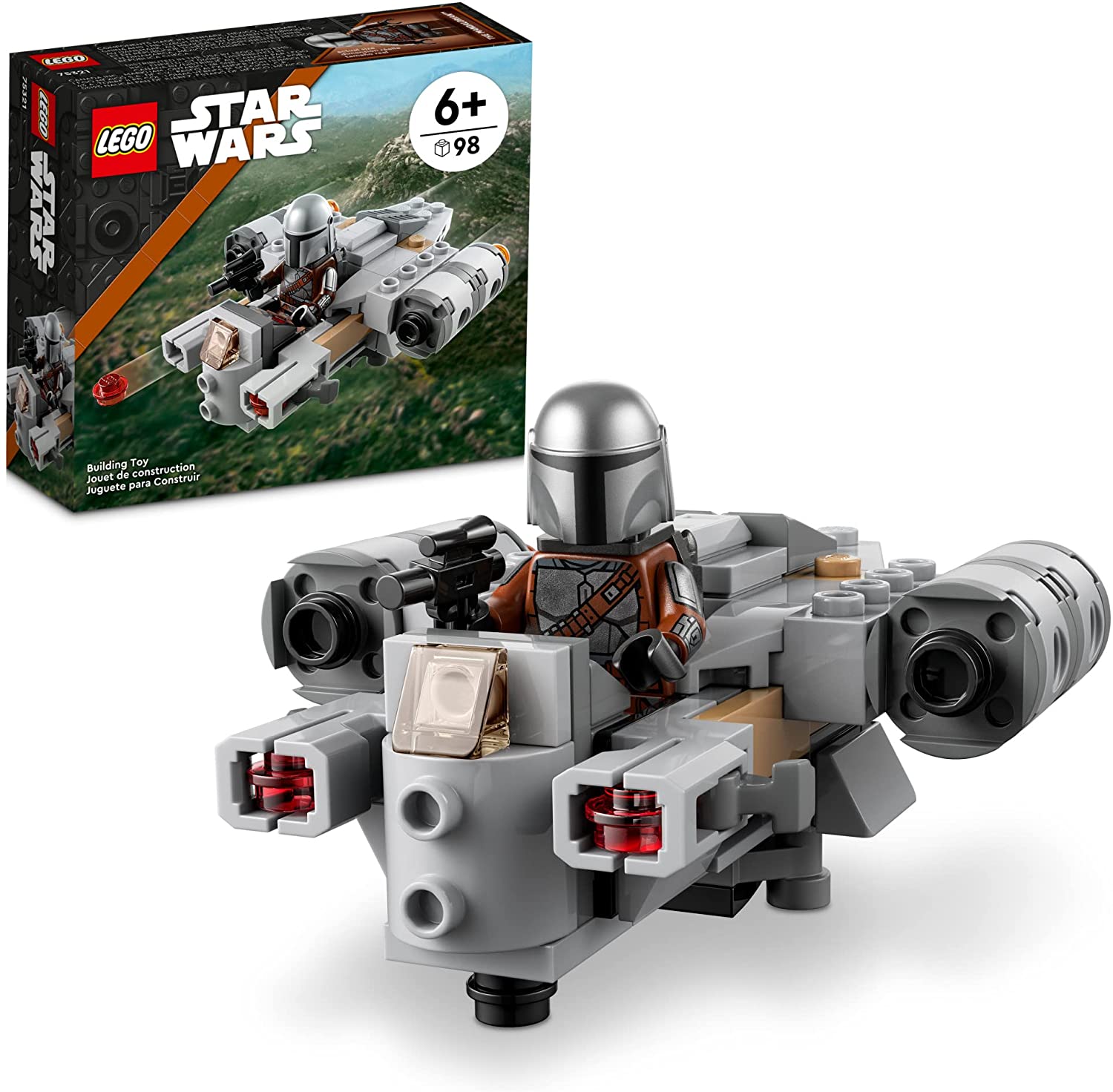 Most sets from this subtheme were released in the last few years, and the models I’ve listed above were published in 2021 or 2022.

Constructing these sets isn’t difficult, although some set-building experience is required to assemble models like the Imperial Light Cruiser 75315 or Imperial Armored Marauder 75311. 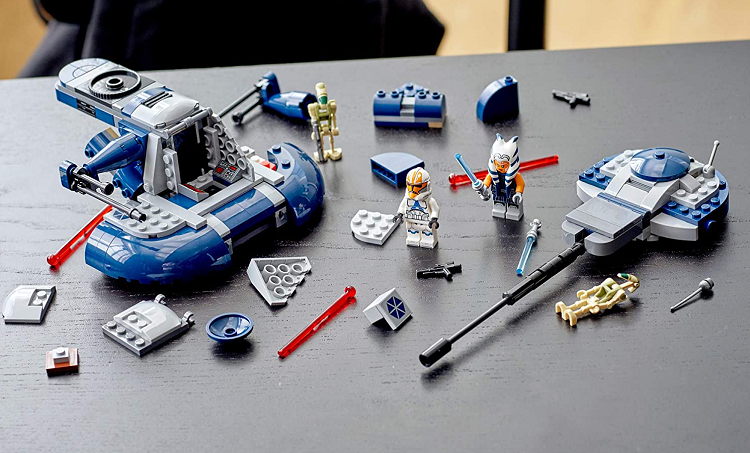 LEGO introduced this subtheme to the Star Wars theme in 2008, months before the first episode of the series premiered. The last season of this animated series aired in 2020.

Despite this, LEGO continues to release sets inspired by this series. The toymaker added three new sets to this subtheme in 2020 and two more the following year.

Although they have a lower piece count than the Bad Batch Attack Shuttle 75314 set, most of these sets enable LEGO builders to construct different types of Star Wars-themed spaceship toys, and they can be an excellent substitute for a LEGO set inspired by The Bad Batch series.

Answer: The only model released within this Star Wars subtheme costs around $100.

Answer: This set comes with a booklet that contains all steps of the assembly process, but you can also use the LEGO® Building Instructions app to view the set’s 3D model or access the digital version of building instructions.

Answer: Yes, you can find a LEGO Bad Batch set in a LEGO-certified store, or you can purchase it at an e-commerce website.

More than six months after launching the Bad Batch subtheme, LEGO still hasn’t announced the arrival of new models inspired by this animated series. The Bad Batch Attack Shuttle 75314 is your only option if you’re searching for a LEGO set based on the events from The Bad Batch TV show.

Models from The Mandalorian or Clone Wars subthemes like the Imperial Light Cruiser 75315 or the 501st Legion Clone Troopers 75280 can be a good substitute for the Bad Batch Attack Shuttle 75314 set because they feature similar toys.

What’s your opinion about the LEGO Bad Batch sets? Let me know in the comments or continue reading our guide to the LEGO Jurassic World sets and explore the best models in this LEGO theme.