Fans never stop speculating about new models and themes LEGO might introduce in the future. It is often impossible to guess which leaks and rumors will be true since LEGO buffs sometimes make claims without any evidence to support them.

You should take the leaks and rumors you’ll find in this article with a grain of salt because LEGO still hasn’t confirmed or published the official release date for most sets I’ll mention.

Moreover, LEGO had a busy start to 2022 with more than a hundred new releases. I will walk you through some of the most notable additions to the brand’s most popular themes and explore the models scheduled for release in April. So, let’s see what the LEGO rumor mill has been buzzing about recently.

The beginning of the year was dynamic, with additions of new sets to nearly all major themes. Like every year, February was relatively quiet, with just a handful of new models hitting the shelves. However, LEGO introduced some exciting sets in March and early April after a brief quiet period.

I’ve created an overview of the most important models LEGO published since the start of the year, so here’s what’s new in popular LEGO themes. Please keep in mind that the list below doesn’t contain all sets LEGO published in 2022. 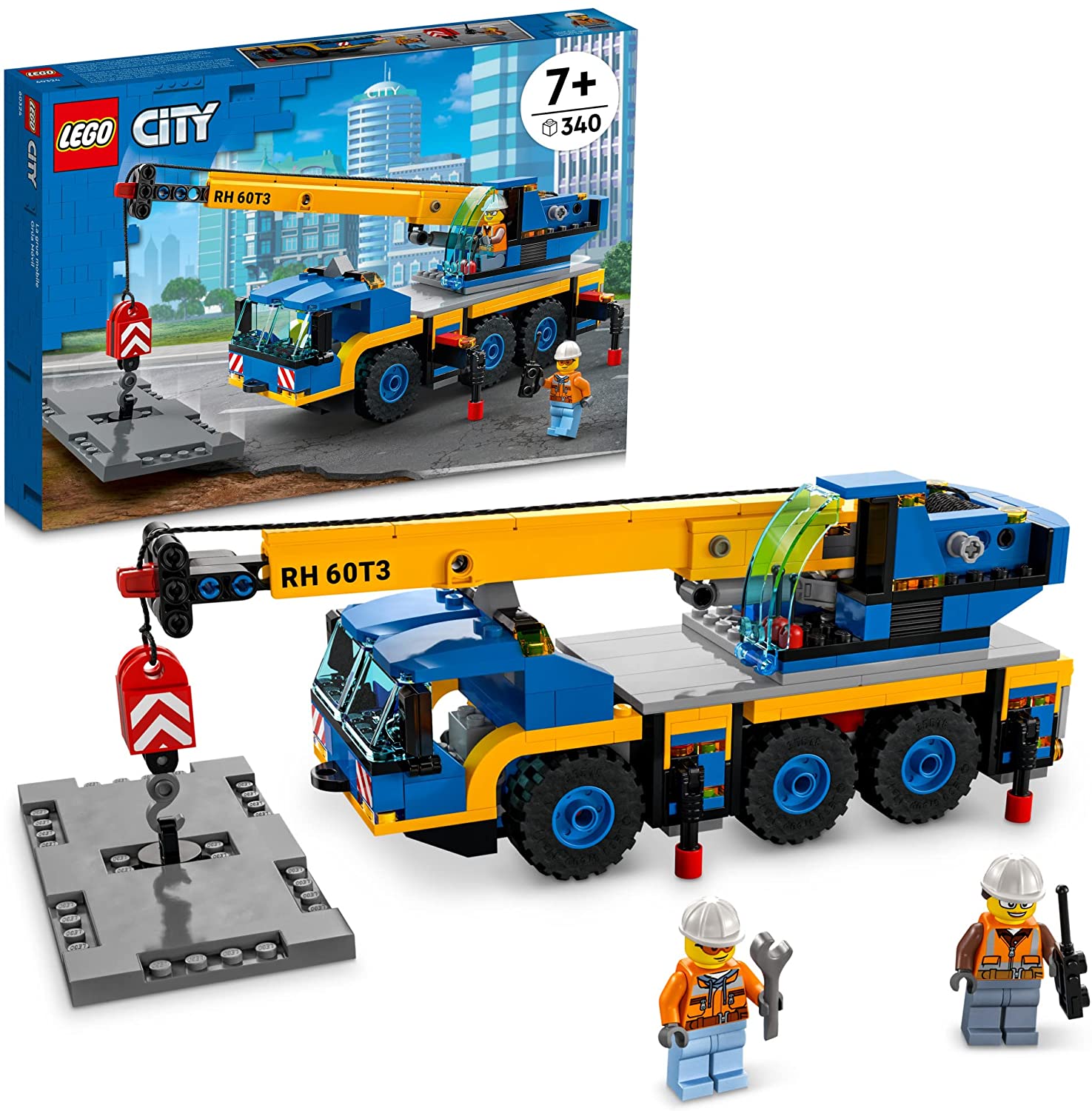 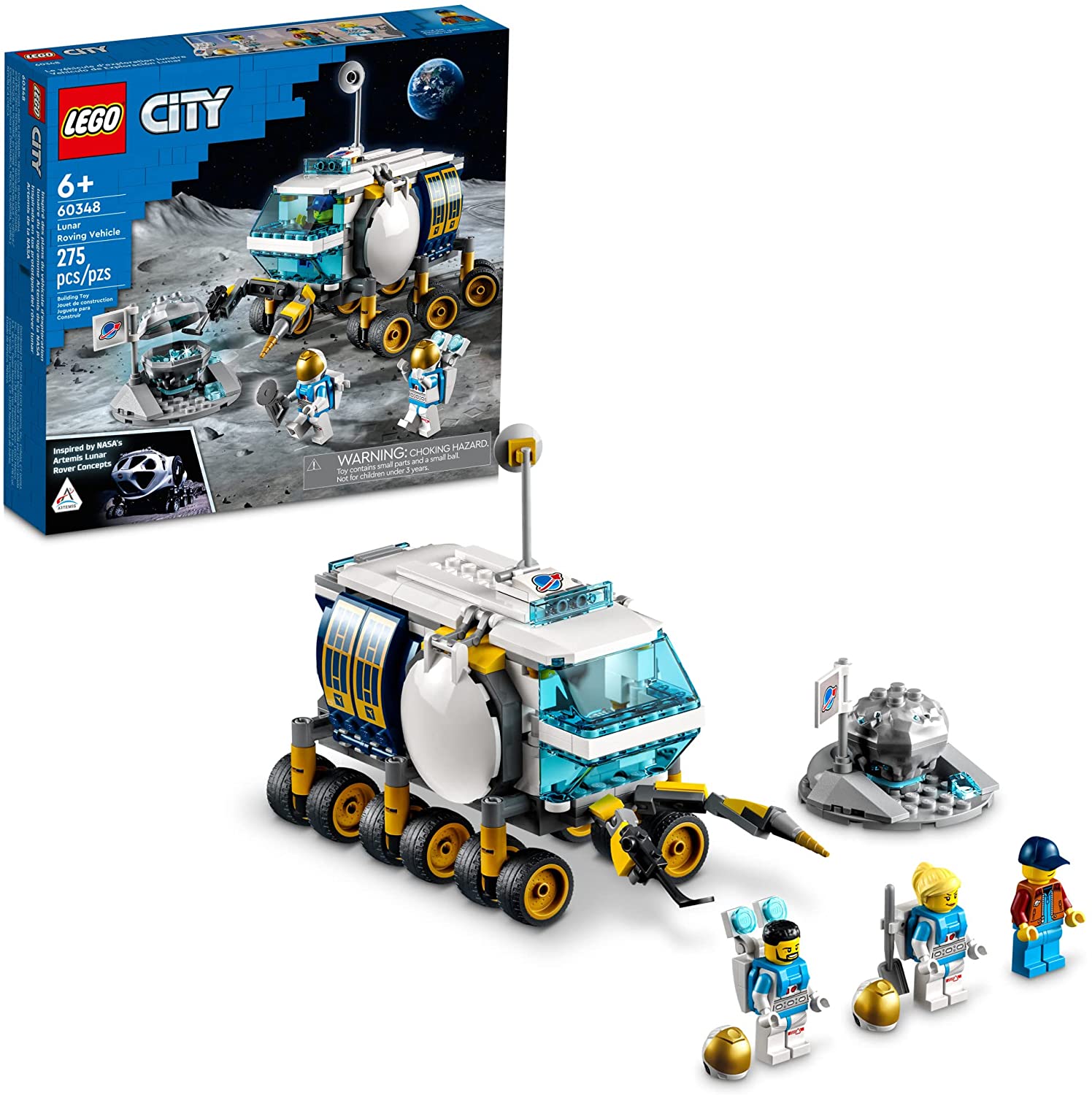 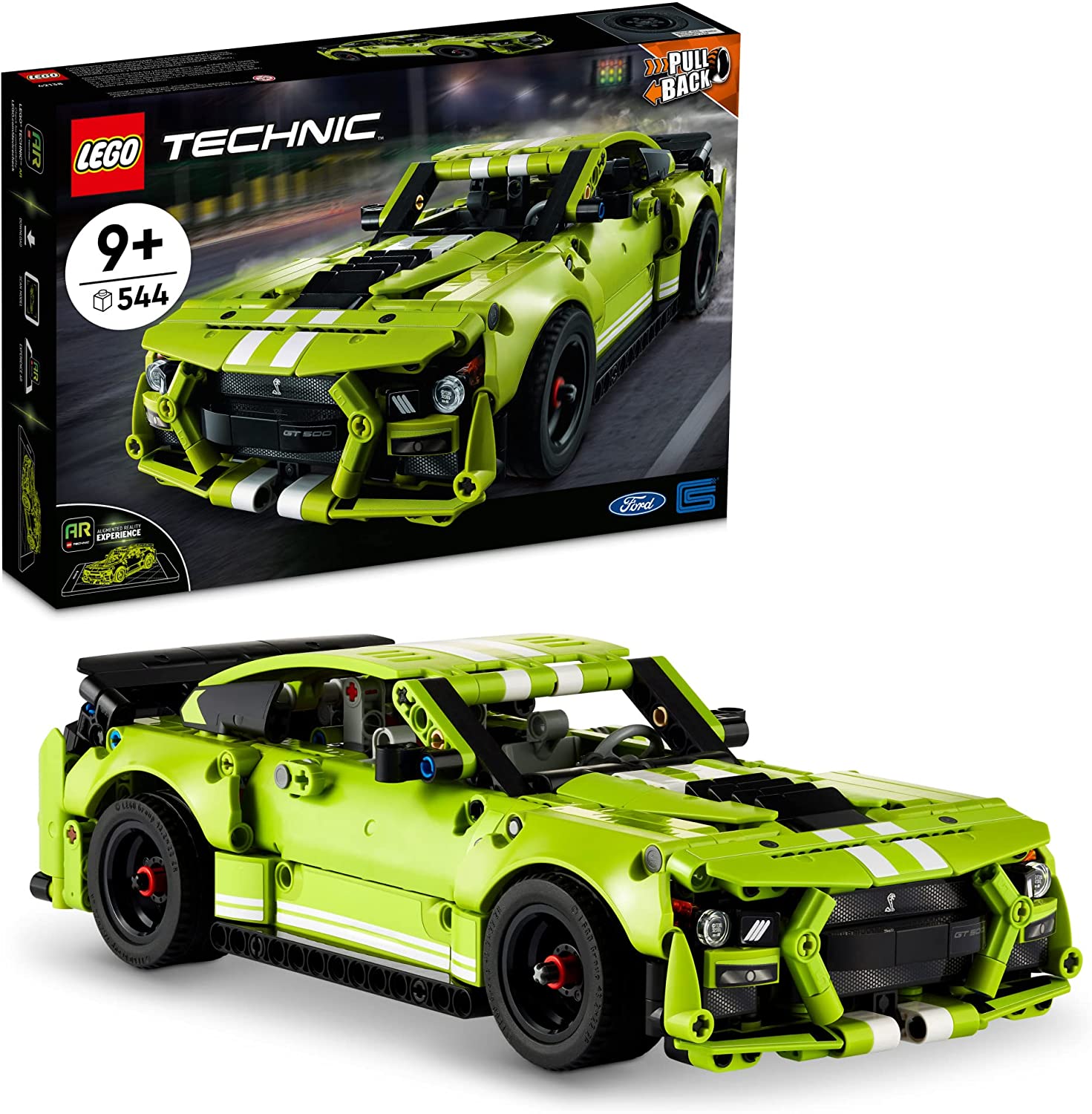 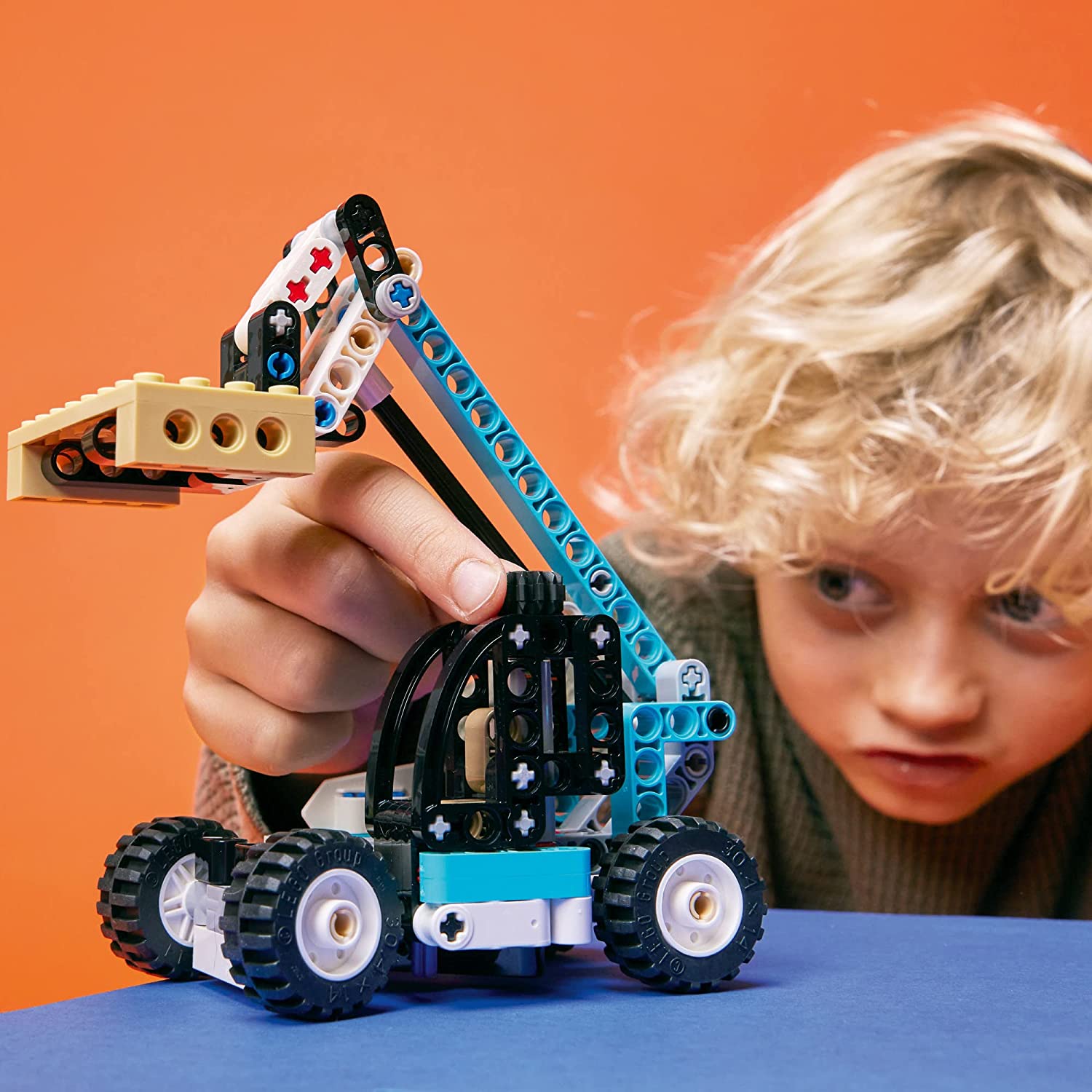 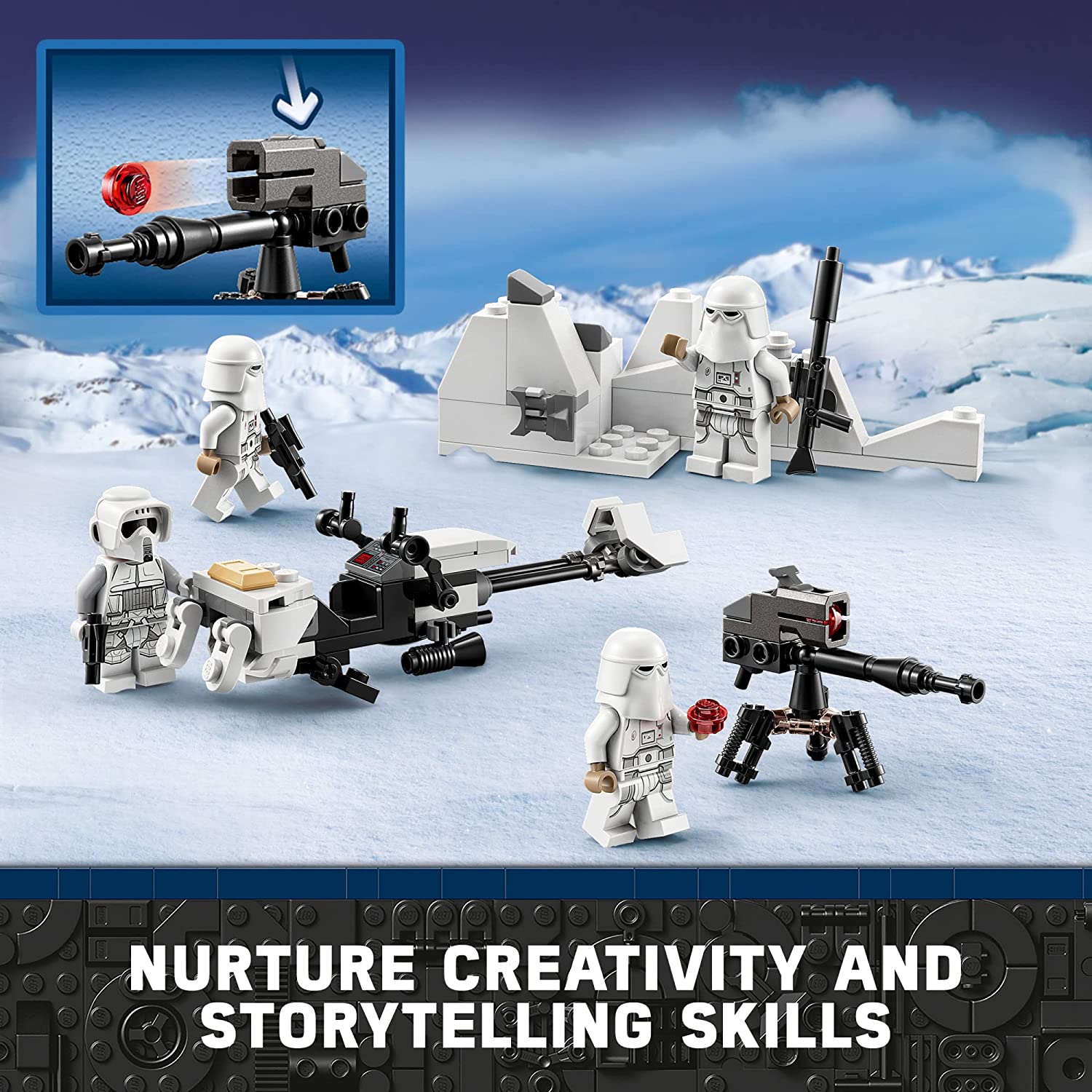 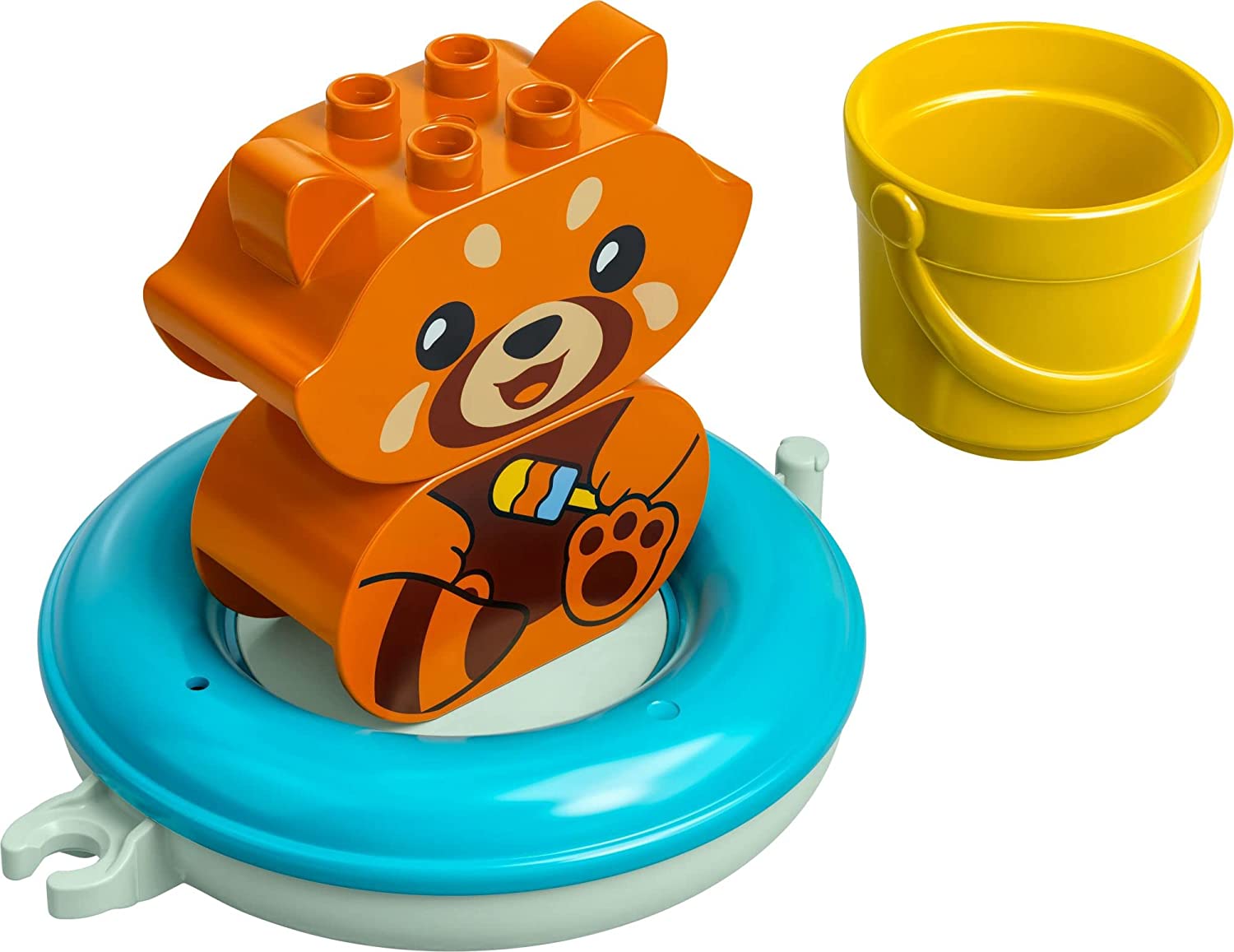 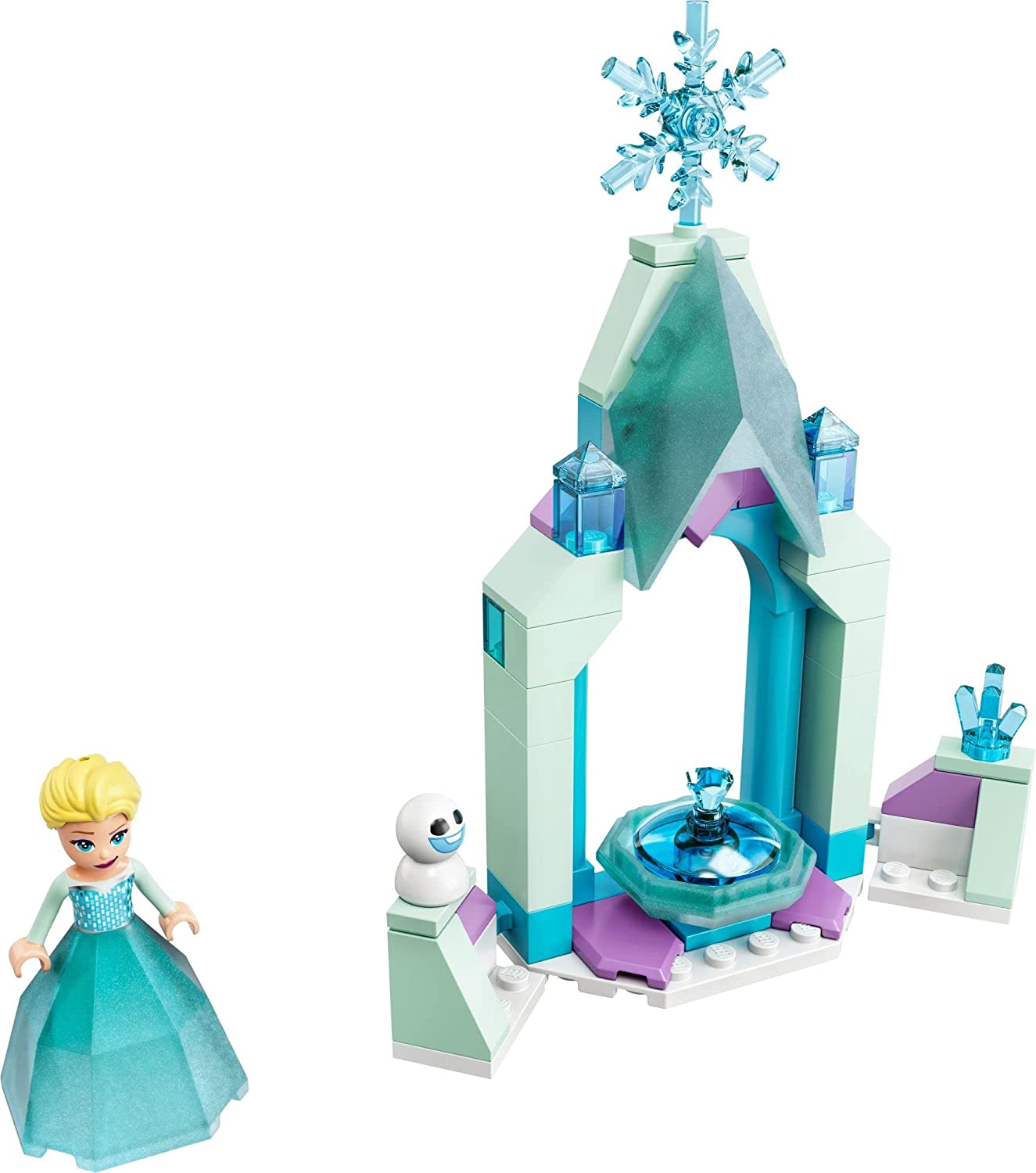 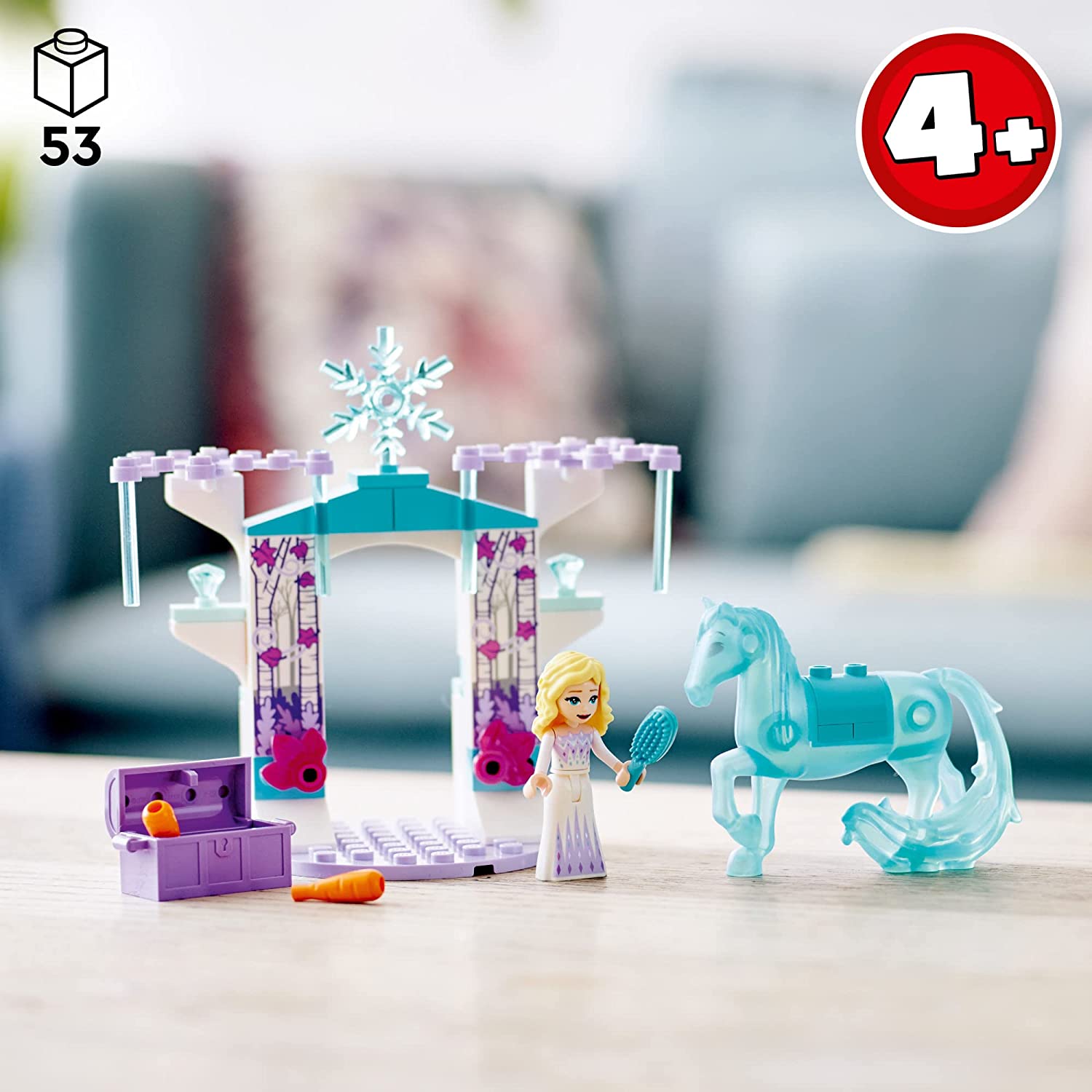 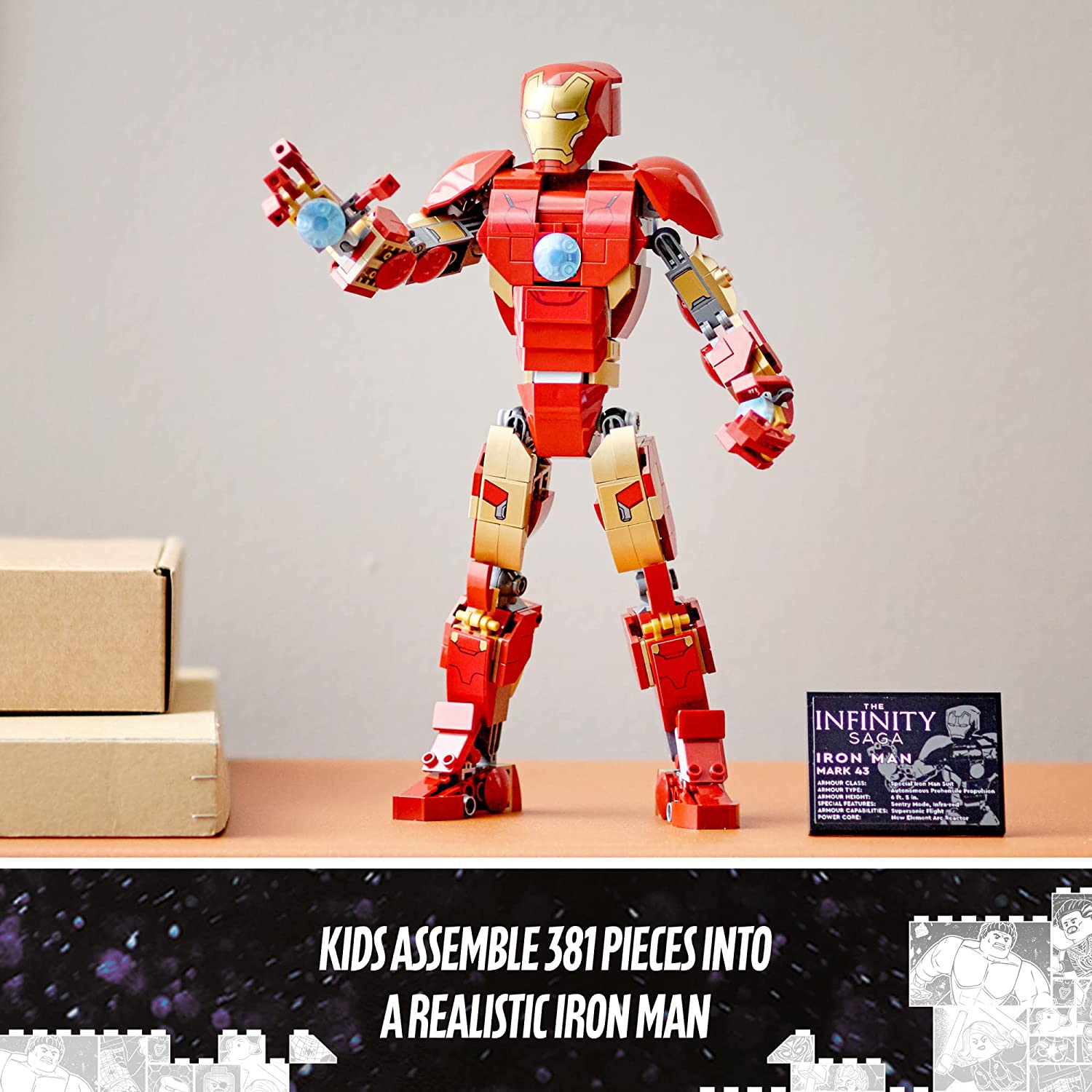 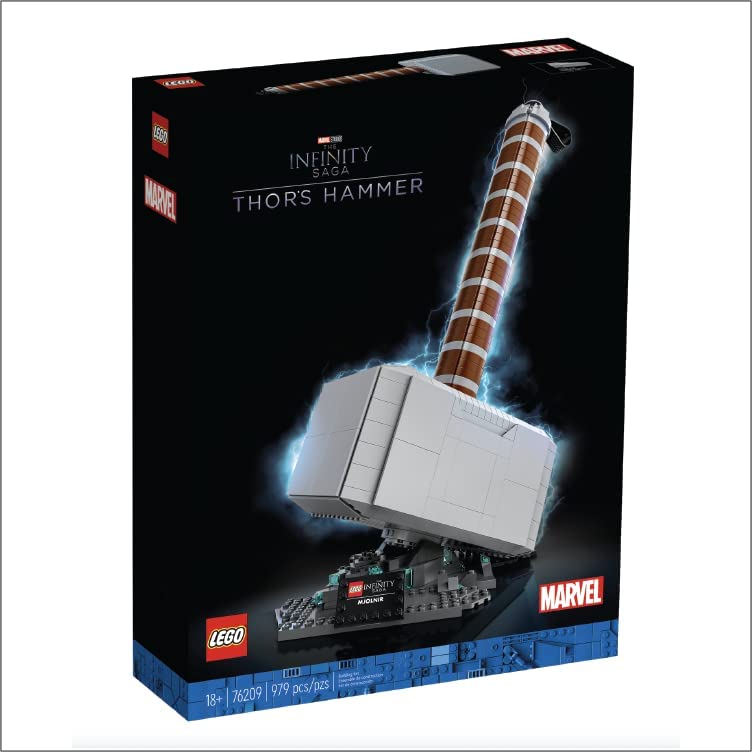 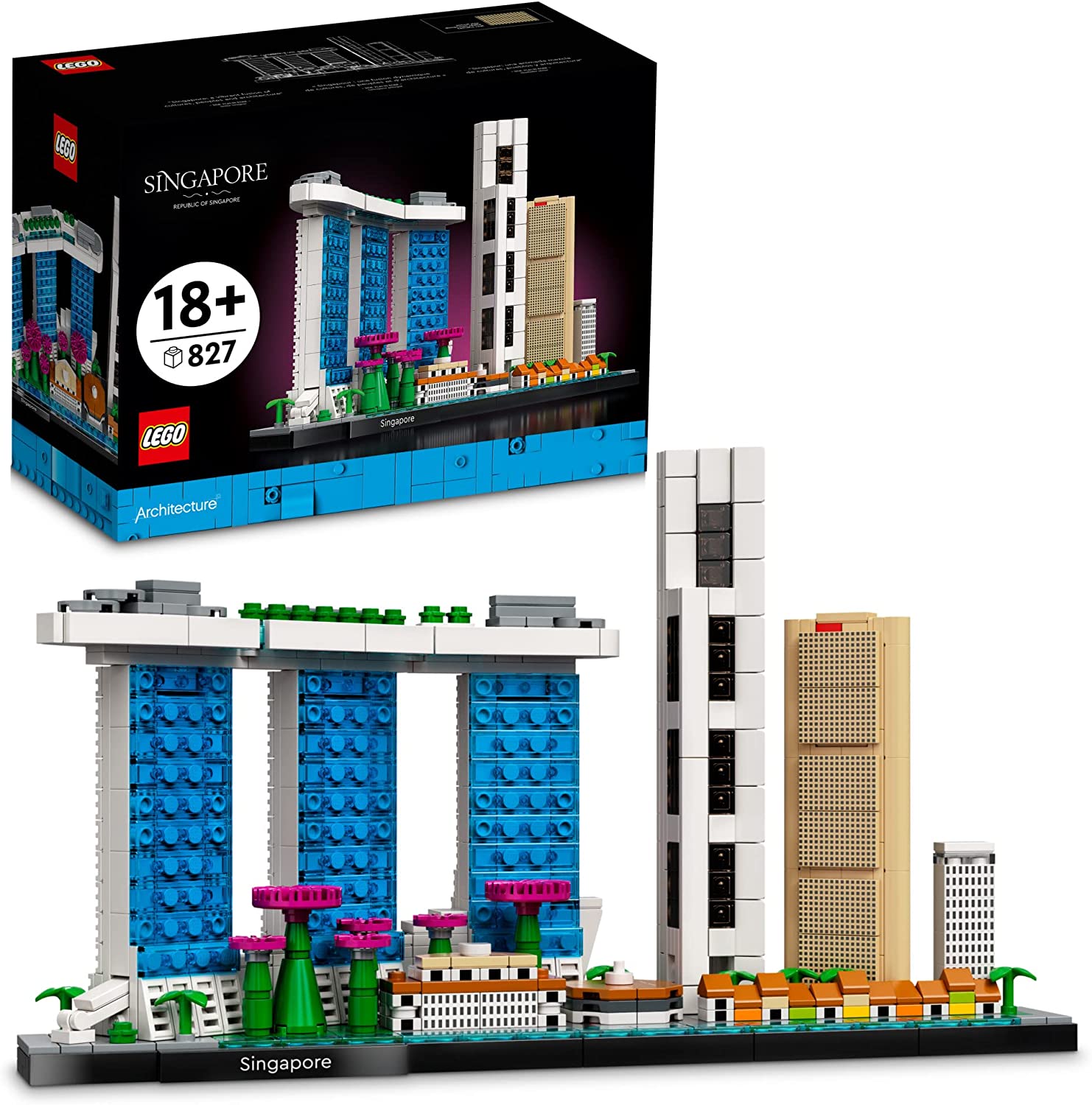 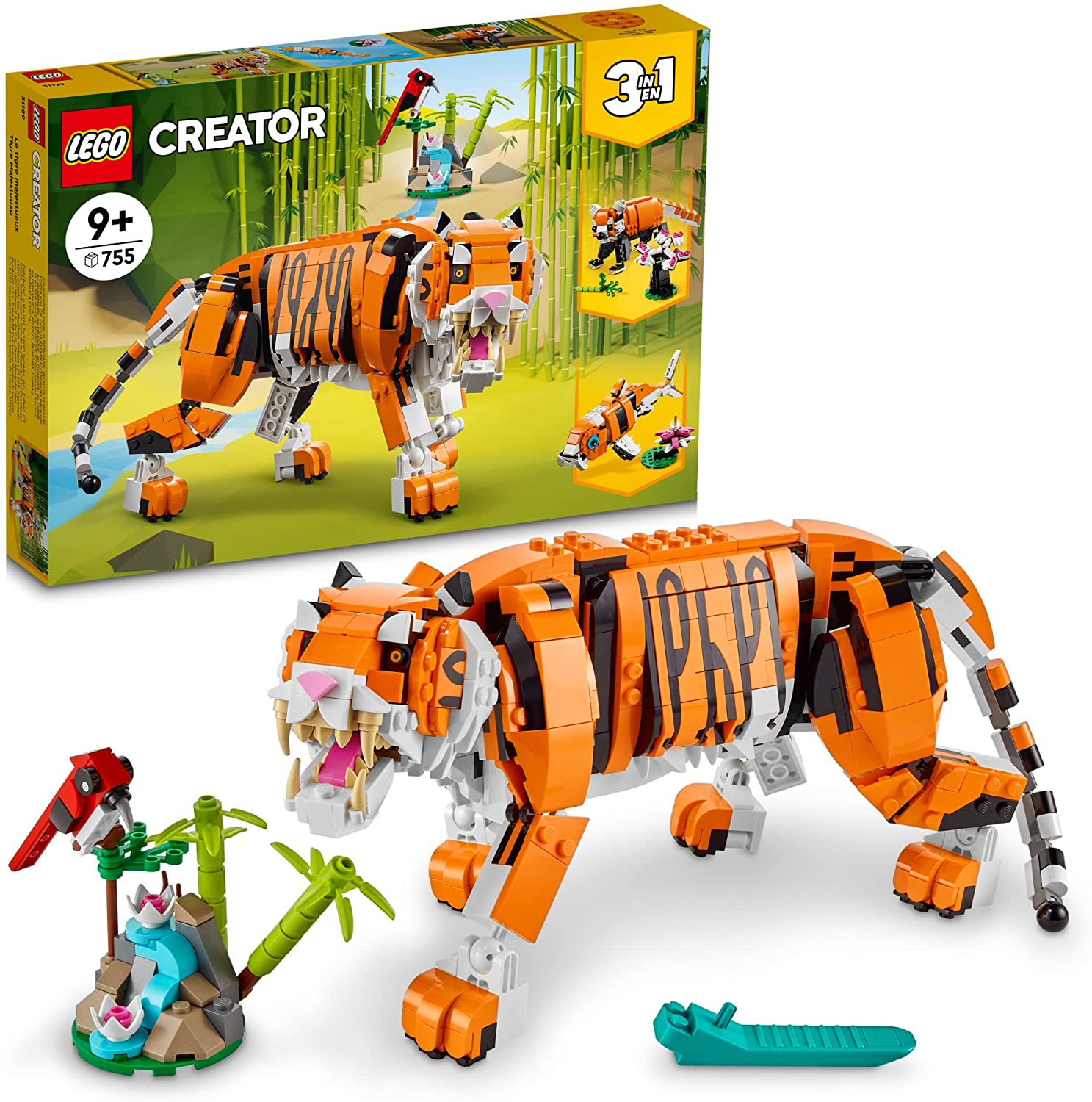 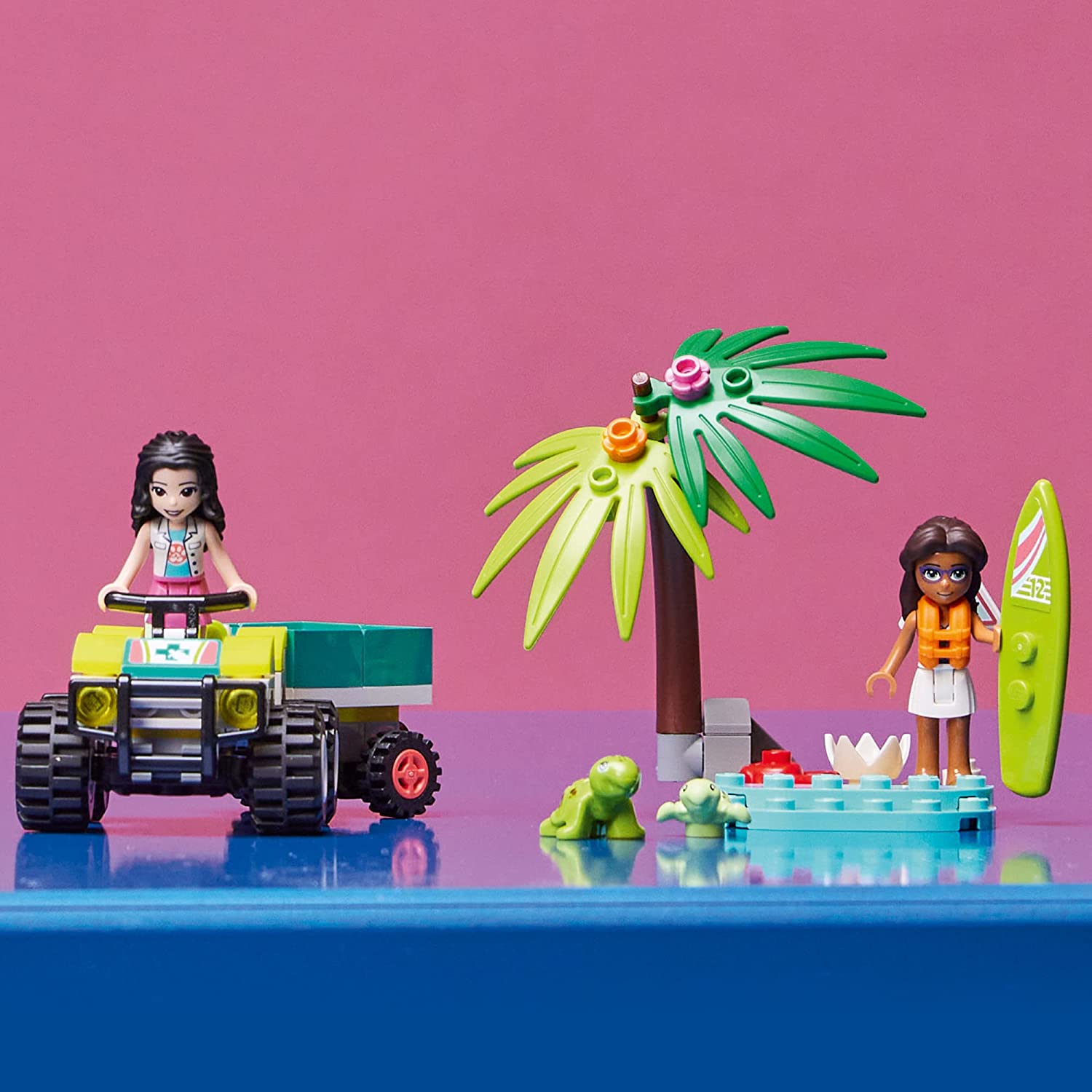 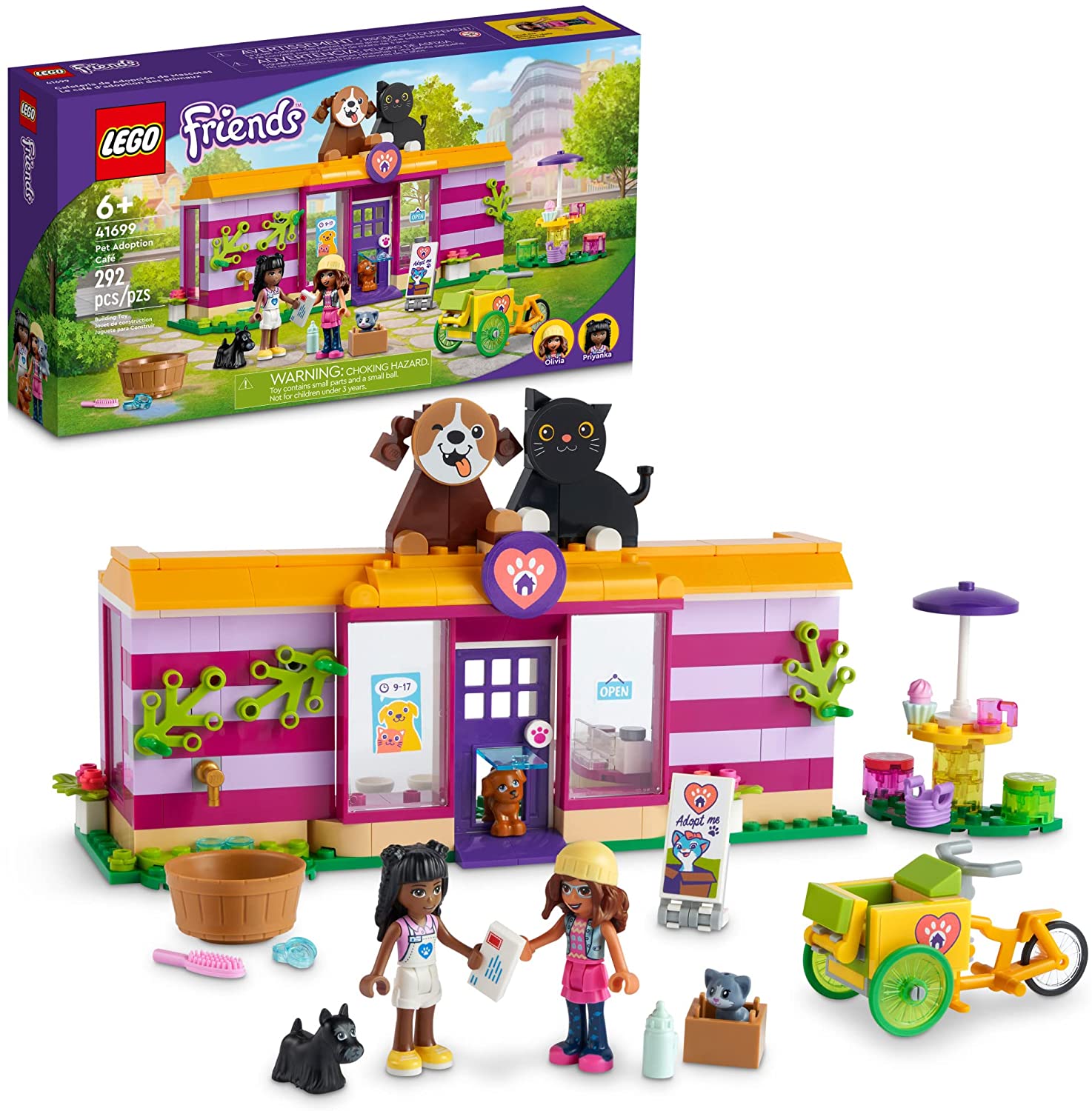 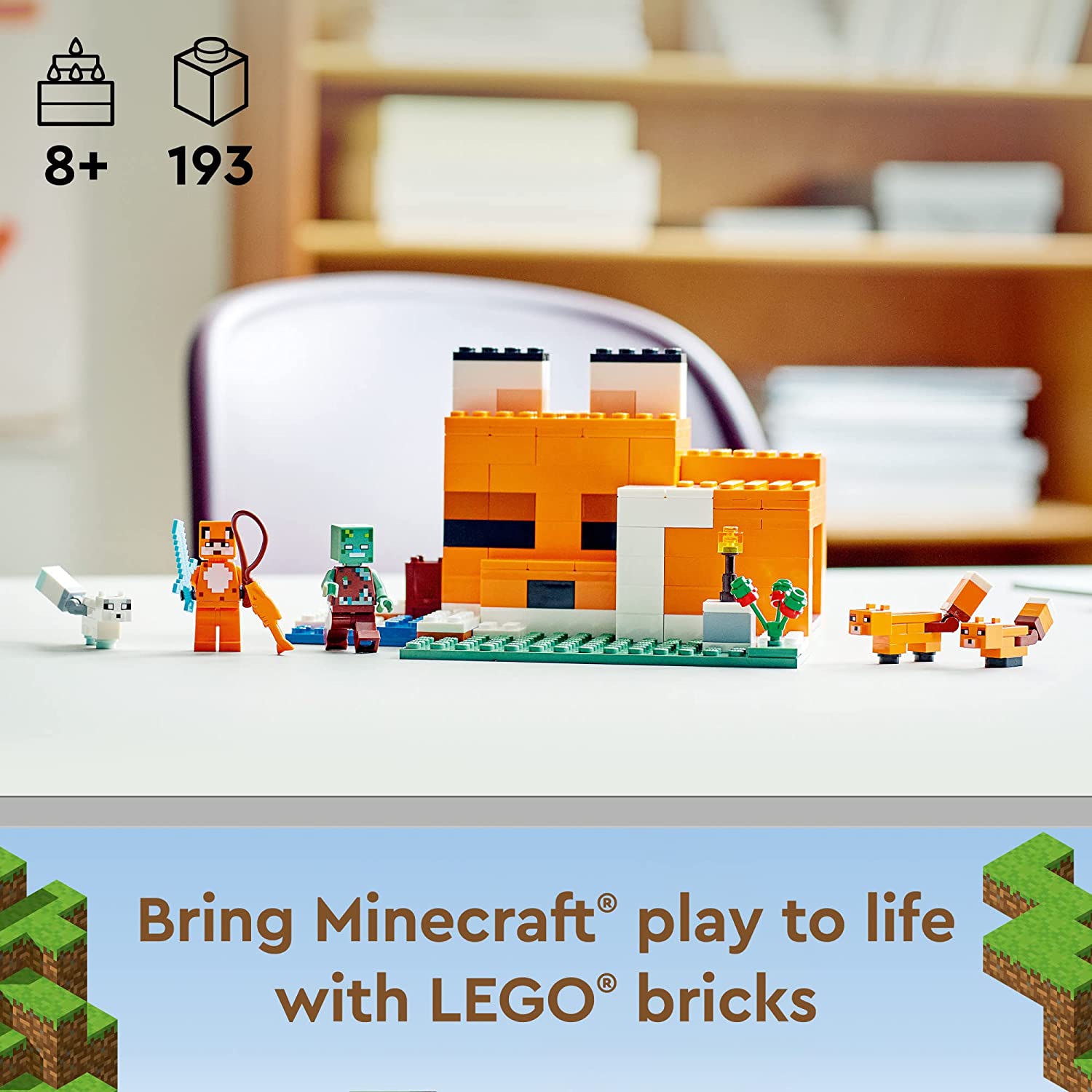 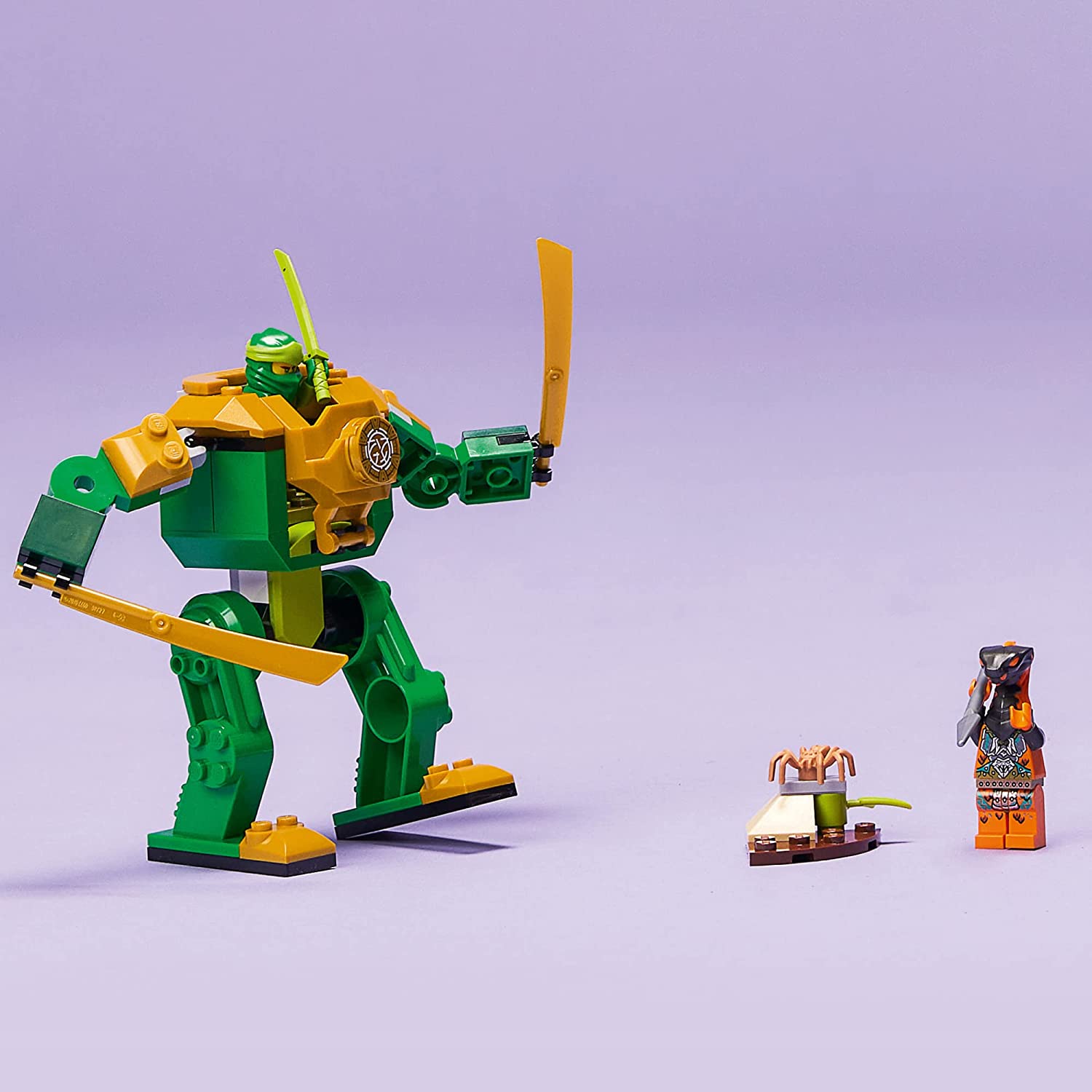 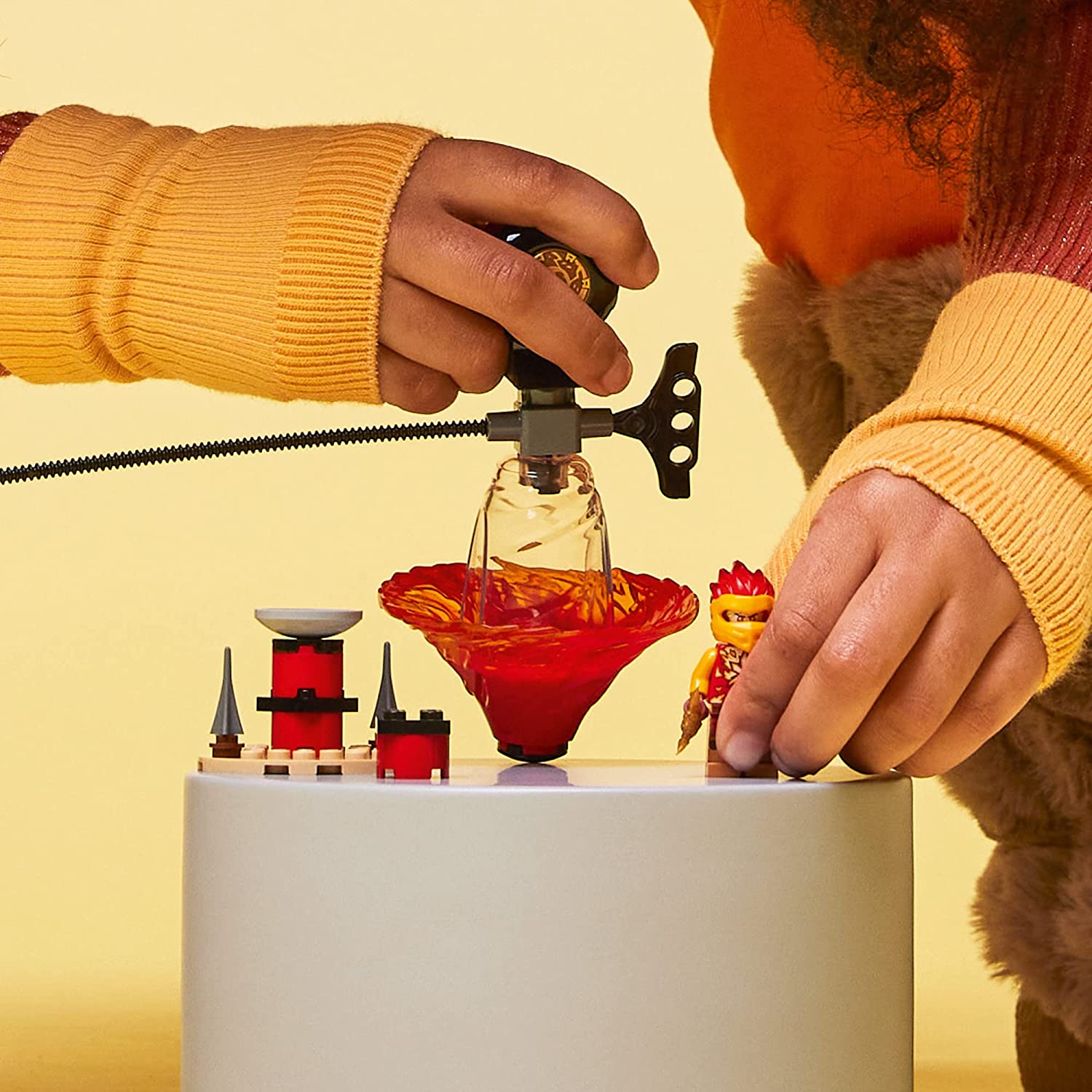 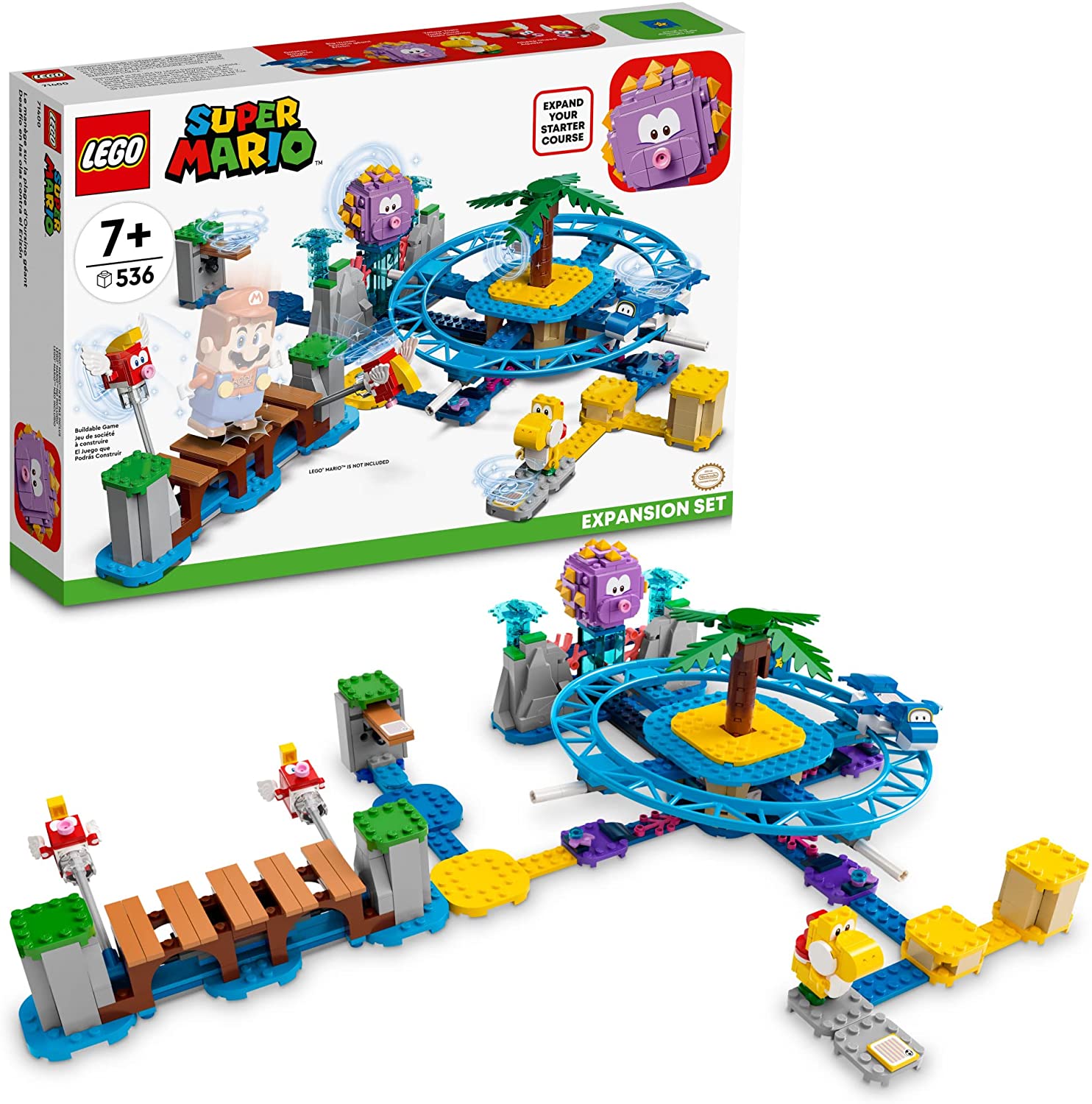 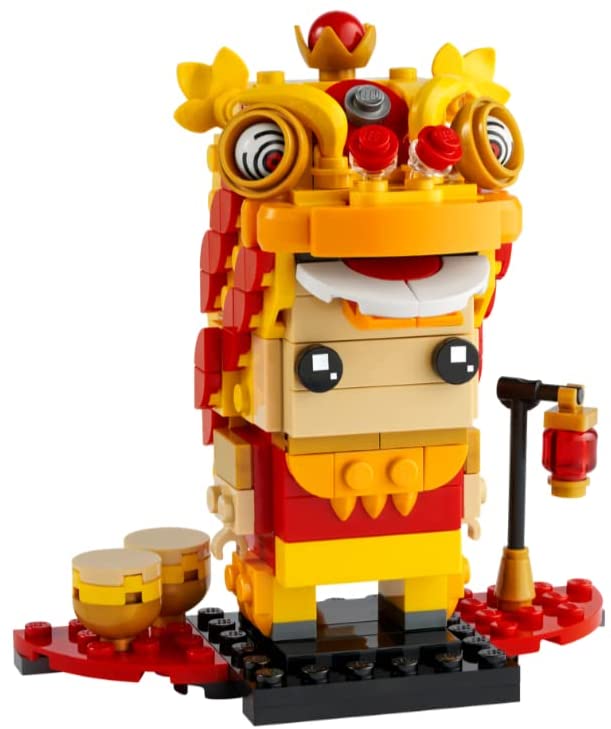 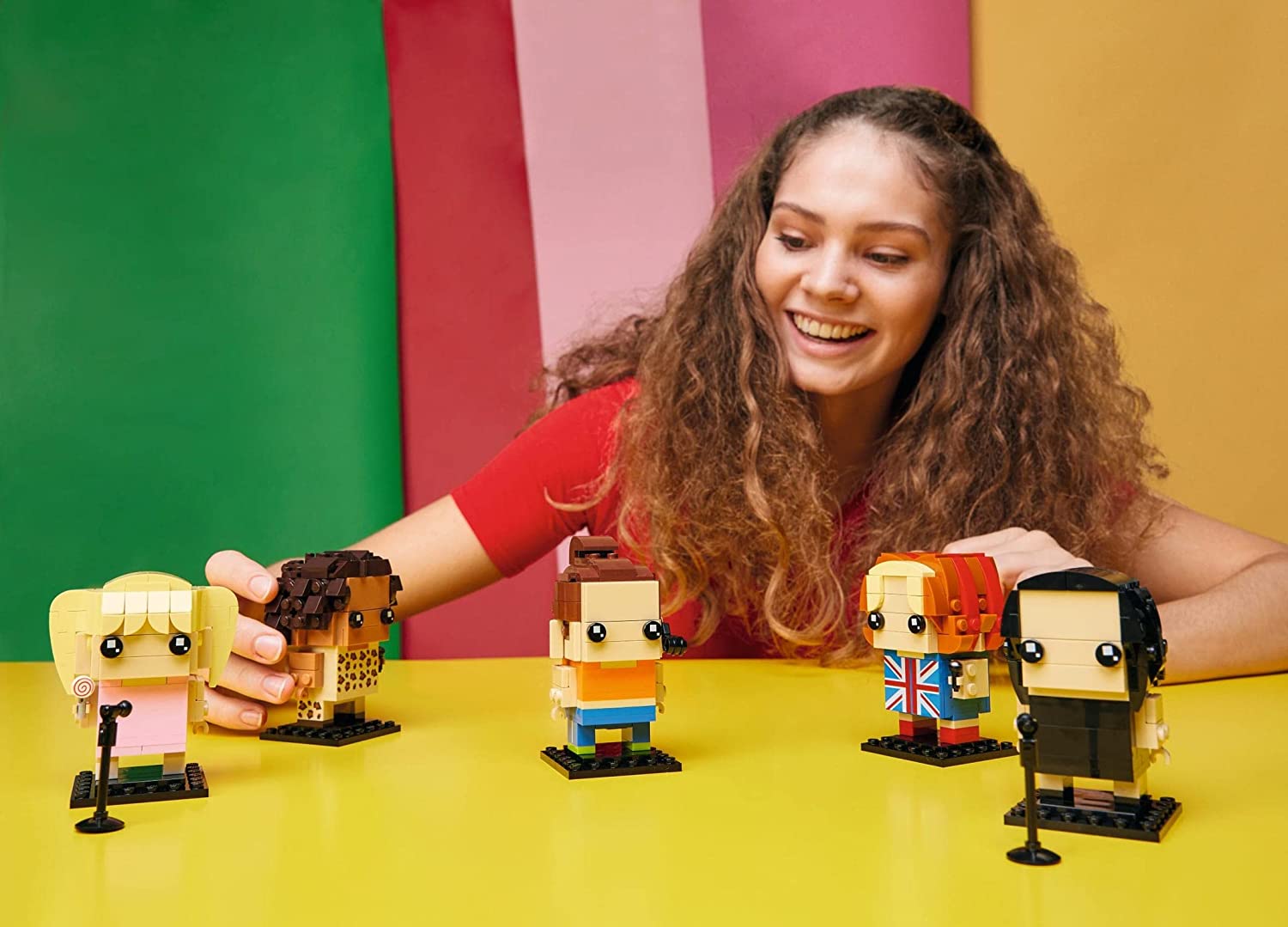 Despite being released just a few weeks ago, the highly anticipated Back to the Future Time Machine 10300 set is already temporarily out of stock on the LEGO website.

Moreover, LEGO already announced the arrival of several high-profile models in April, including new Jurassic World, Disney, and Marvel sets. Some of these models are already available for pre-order. Here are some of the best LEGO sets scheduled to hit the market in April 2022. 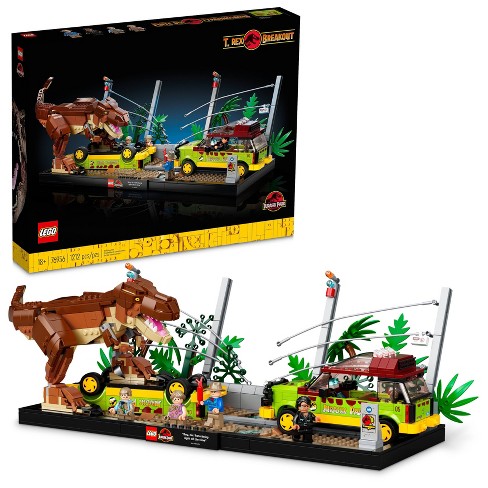 LEGO will introduce a new theme based on the upcoming Disney and Pixar movie Lightyear. The theme currently contains three sets scheduled for release on April 24th. 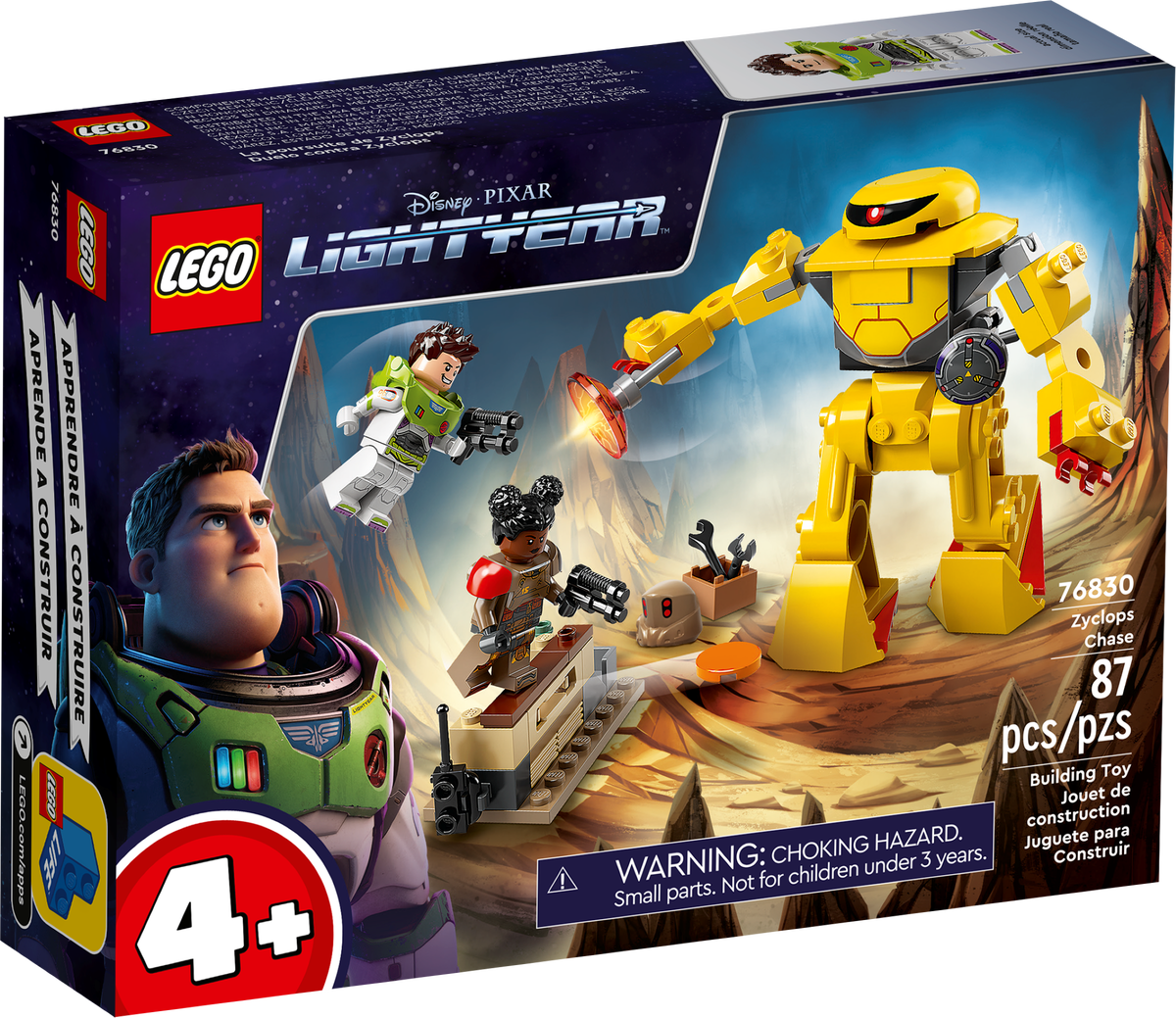 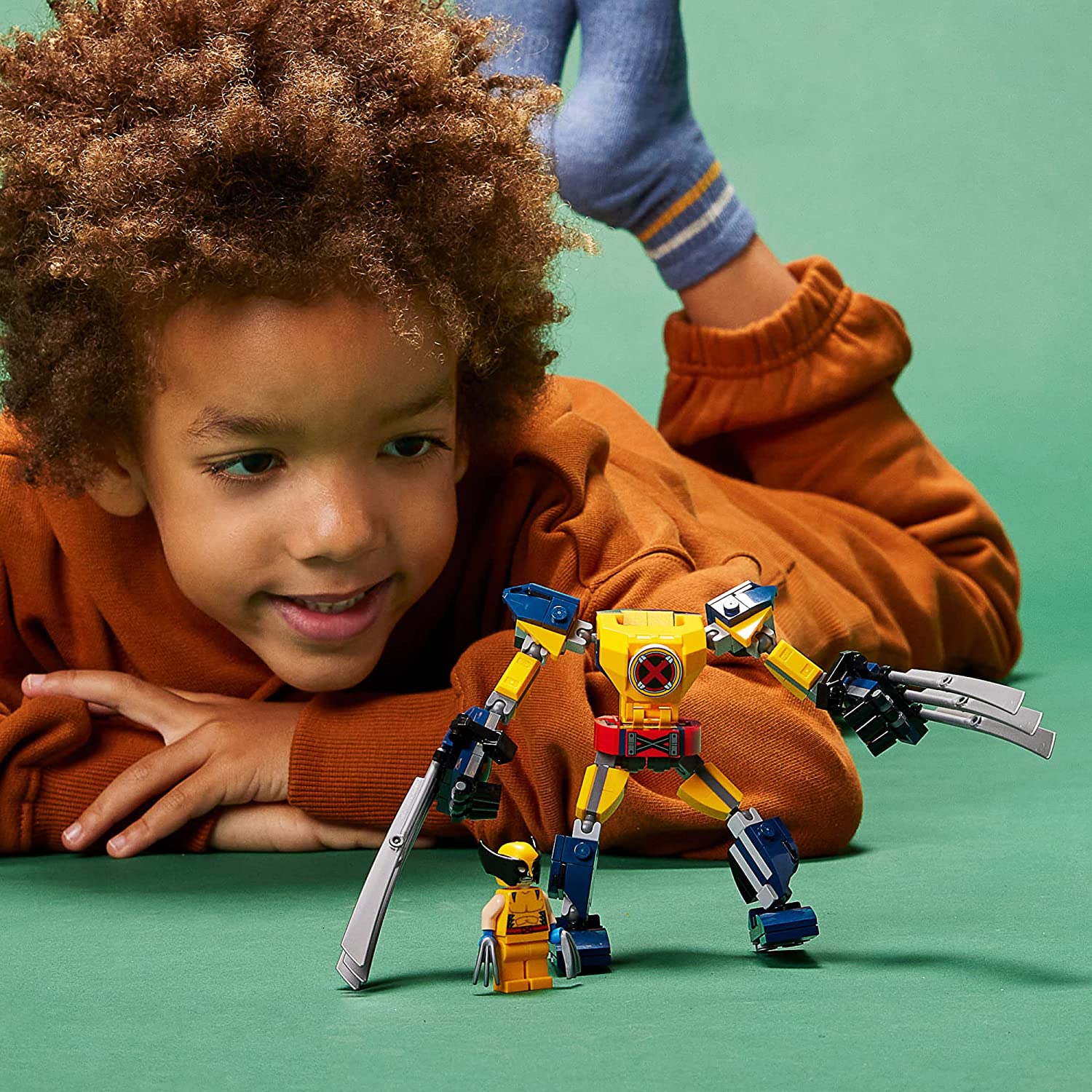 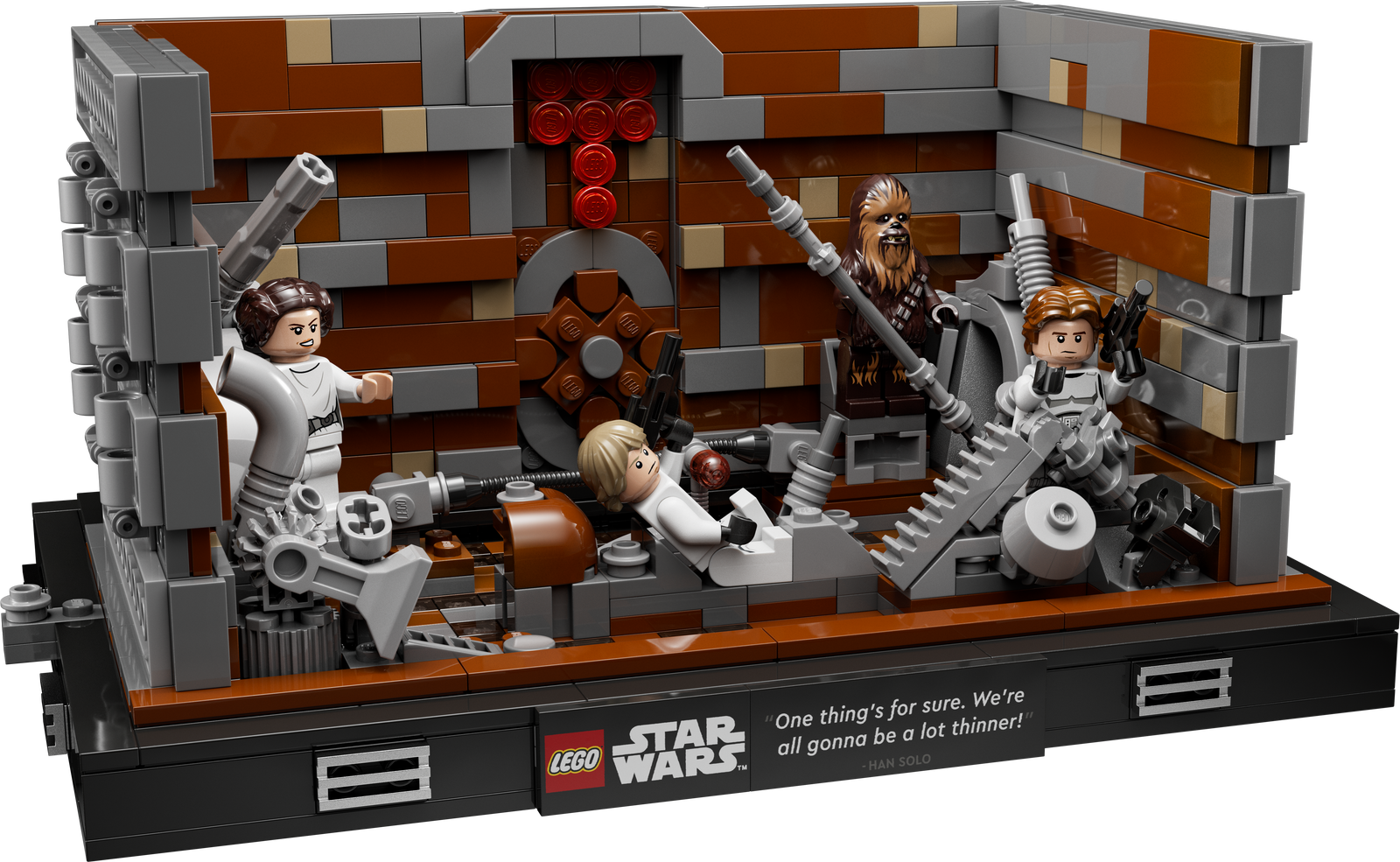 The online LEGO community is buzzing with rumors about sets that may or may not see the light of day by the end of the year. Some of these rumors are already confirmed, and it’s becoming evident that LEGO is preparing a lot of pleasant surprises for the summer.

Here are some of the rumors that could come true in 2022.

The toymaker has already confirmed the arrival of seven new Harry Potter sets in June. However, some fans are speculating that LEGO designers are developing the Hogwarts Express model, but as of now, the company hasn’t released an official confirmation of this rumor.

Here are Harry Potter sets you can expect to find in LEGO stores by June. 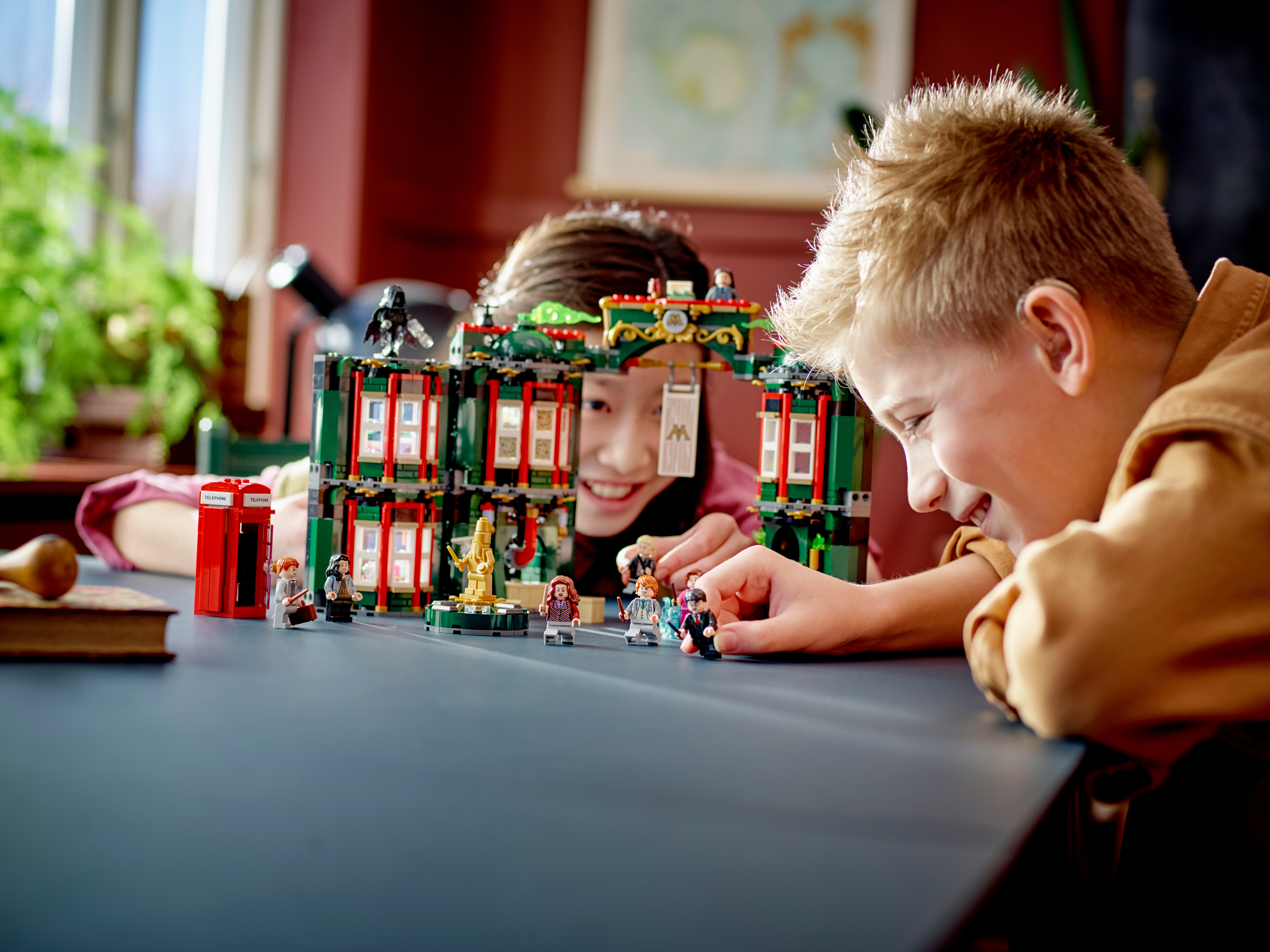 LEGO will add two more sets to the Botanical Collection. The Orchid 10311 and Succulents 10309 models are already available for pre-order, and they should start shipping worldwide by May 1st. Like all other models in the Botanical collection, these sets are designed for adult LEGO fans.

This isn’t a new rumor since LEGO fans started speculating about a Viking ship set back in 2021. However, very few facts have surfaced since that would support these claims. A recently published video suggests that LEGO is working on a Creator 3-in-1 Viking Ship and Midgard Serpent 31132 set.

This model should have 1192 pieces and four Minifigures. According to these rumors, the set should be released between June and August 2022. In addition, these rumors set have also sparked talk about the relaunch of the Vikings theme discontinued in 2005.

The Arrival of the Avatar theme

The sequel of the Avatar movie is premiering on December 16th, 2022. Although there’s no official confirmation from LEGO, fans are already excited about the addition of the Avatar theme to the brand’s product lineup.

Four Avatar-themed models with 560 to 1,212 pieces should become available in October if these rumors are true.

LEGO has already published a fair amount of Marvel sets in 2022, but it seems that more models are coming in the second half of the year.

On the other hand, The Batman – Batmobile 42127 and Jim Lee Batman Collection 31205 published within the Technic and Art themes are among rare sets inspired by the DC universe LEGO released this year. We might see the following Marvel and DC models by the end of the year. 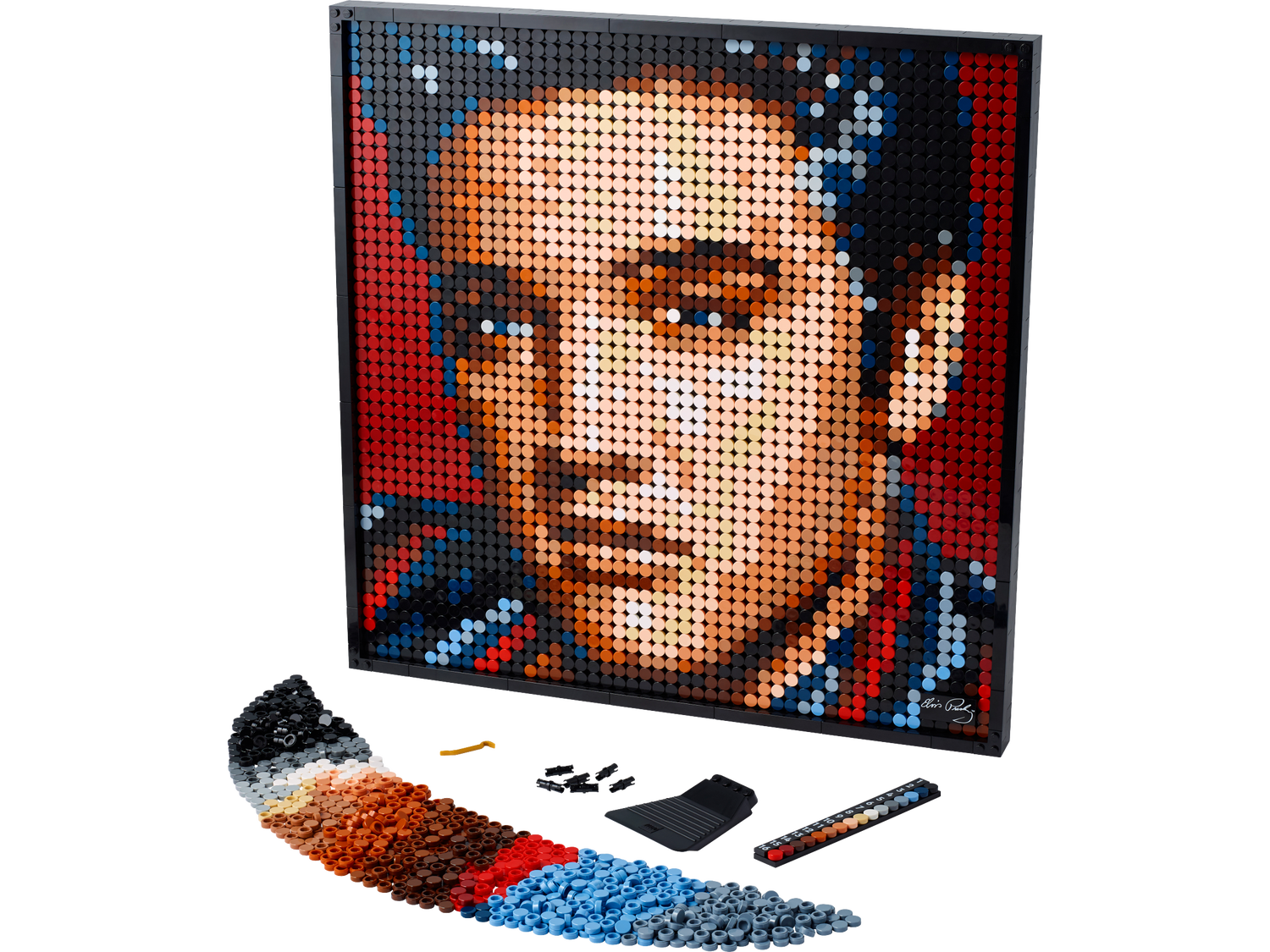 LEGO already added Elvis Presley ‘The King’ 31204 and Jim Lee Batman Collection 31205 sets to the Art theme in the first few months of 2022. According to rumors, two more Art sets should become available by June.

The Rolling Stones 31206 model should have 1,998 pieces, while the Museum of Modern Art 31207 should come with 2,780 pieces. LEGO still hasn’t released an official confirmation or release dates for these sets.

The Haunted Mansion and other LEGO Disney rumors

Different reports indicate that LEGO plans to publish The Haunted Mansion 40521 set in the second half of 2022. Nonetheless, several Disney Parks have haunted houses, so it is still too early to say which one will be used as a model for this set.

Also, it remains unclear how many new sets LEGO is planning to add to the Disney theme in 2022, as only a few low piece count models are mentioned in rumors.

LEGO has already released an impressive amount of LEGO City sets since the start of the year, but it seems that more models are on the way. Let’s take a look at City sets that could become available in the next few months. 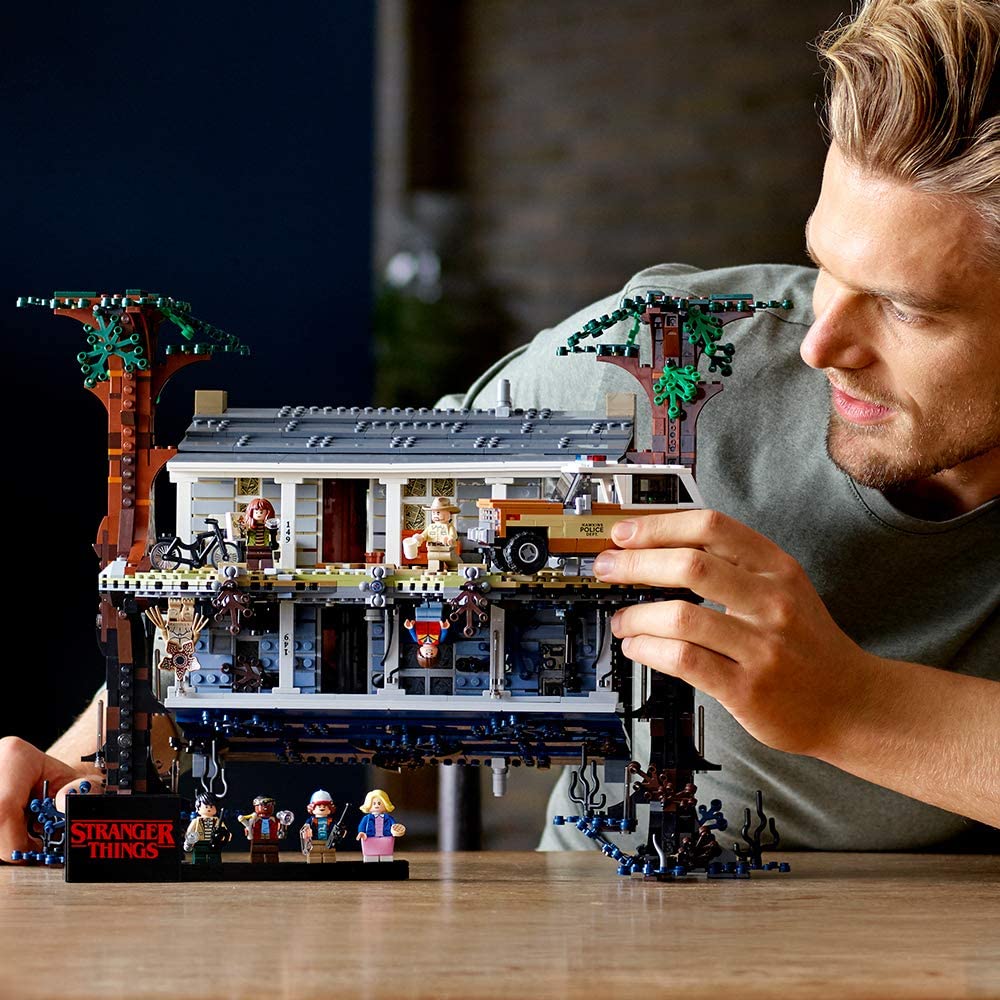 The first images of the Optimus Prime 10302 set surfaced in February, but despite this, its release date is still not certain. Some fans claim that LEGO plans to release this model in June, while others suggest May 1st as a potential release date.

Meanwhile, LEGO hasn’t indicated when we can expect to see this set in stores. Several other Creator Expert sets rumored for 2022 also remain without a fixed release date, including the following models.

Dragon Temple 71759, The Crystal King 71772, and Nya’s Samurai X Mech 71775 are some of the Ninjago sets that could become available during the summer. According to rumors, LEGO is working on nine new Ninjago sets that will have between hundred and thousand pieces, and their price should vary from $20 to $120.

Question: Whatever happened to the Stranger Things theme?

Answer: This theme currently features just two active sets, and The Upside Down 75810 model has a retiring soon tag. Netflix confirmed that the fourth season of the TV series would premiere on May 27th and June 1st, but despite this, LEGO hasn’t announced the arrival of new promotional Stranger Things sets.

Question: What’s in store for the Star Wars theme?

Answer: LEGO’s Star Wars license expires in 2022, but an extension through 2026 seems likely. Several models centered around Obi-Wan Kenobi could become available as soon as June or August. Later in the year, we can expect to see the Star Wars Advent calendar or a new version of Luke Skywalker’s landspeeder.

Question: What are the LEGO Technic and Speed Champions rumors?

The first few months of 2022 have been a treat for LEGO fans, and according to rumors, the latter part of the year is going to be equally good. Like every year, it’s impossible to tell which rumors will turn out to be accurate and which ones will remain on the fans’ wish lists.

City, Ninjago, and Technic themes have already received significant updates in 2022, and the same trend should continue throughout the year.

Which LEGO leaks and rumors would you like to see come true? Let me know in the comments or continue reading our guide LEGO Disney Train set review for more information about one of the best Disney sets of all time.

MORE ABOUT US HERE!
CHECK OUT OUR LATEST LEGO BUILDING VIDEOS HERE!